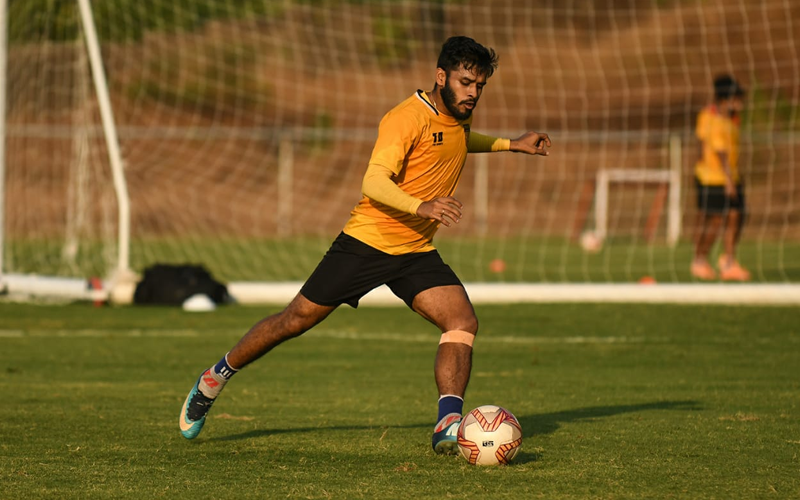 Hyderabad FC will be looking to get back to winning ways following losses in their previous games.

It has been a mixed campaign for Hyderabad FC so far in the Hero Indian Super League. Manuel Marquez's side was unbeaten after five games but now back-to-back defeats have seen them slip to eighth on the table. Another stern test in FC Goa awaits them at the Tilak Maidan Stadium on Thursday but the Gaurs' defensive woes will provide Hyderabad the hope to get back on track.

Sixth-placed Goa have been among the most fearsome attacking teams this season, having scored 10 goals so far. However, in defense, they have found it hard to keep things tight, conceding 9 goals while recording just one clean sheet. Seven of them have come through set-pieces — the most by a team this season.

Marquez is aware of Goa's defensive struggles and knows his team will have their chances to win. The Nizams, who have often been guilty of missing chances this season, will need to ensure they need to be clinical in front of goal.

"These kinds of things (conceding goals) are normal in football," Marquez said on FC Goa. 'If you are an offensive team, you can have problems in defense and vice versa. Goa have an offensive style because they arrive with a lot of players when they attack. They have very good players, everybody knows that. It's not only about Igor Angulo but also their midfielders and forwards. But for their defence sometimes, when the other team is in counter-attack, there are less defenders than attackers and it becomes very difficult to defend."

Hyderabad have scored just six goals this season, with only Kerala Blasters and SC East Bengal scoring less. But they have shown they can be threatening from set-pieces, through which they have scored half their goals.

This presents a tough challenge for Goa, but coach Juan Ferrando is more focused on preparing the team for defensive situations despite the lack of clean sheets. "Firstly, I'm not worried if we concede three goals, but we score four," said Ferrando. "About the set-pieces, we need to put attention to why. It's important to connect. When we are working in the defensive line, it's important to understand the moment of the timing to attack the ball, who is better in free space, zone, and man-to-man. In this case, we need time because it's necessary to change (players) game by game, depending on the opponents"