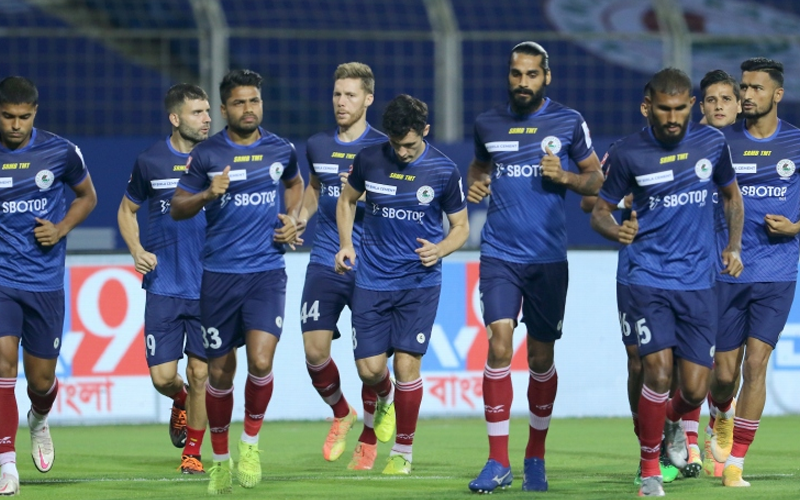 ATKMB have looked exceptional so far both in attack and defence. They're yet to concede this season and have faced the least number of shots on target (4) so far. Jamshedpur, on the other hand, haven't been enjoying a great start with two draws and a loss in their three matches. But coach Owen Coyle believes that they can still upset their more fancied opponents.

“Every game is a challenge. The league has shown that every game is very tight. ATKMB have started well in terms of points and achieved good results. So we are looking forward to the game. We showed in our recent performances that we can go toe-to-toe (with anyone). What we want to do is to convert the draws into wins and those three points and obviously, that moves us up the table. That’s our focus,” Coyle said.

Coyle believes that a win at this juncture will lend them the necessary momentum for a prolonged push. “It’s important to build momentum and when you build momentum, one can achieve results,” said Coyle. "Certain areas, we need to work on. We have shown that we can score goals. I think we’ll have to make sure that we are more solid and not give up on chances.”

ATKMB coach Antonio Habas believes the defense has played as important a role as the attack in their good start. “It’s important to start the competition with three clean sheets. The team acquired confidence, progressed and improved as this is the best way forward. The secret is more tactical discipline and effort,” Habas said

The Spaniard pointed out that there are areas where his side still needs to improve. “We have to improve in central midfield. I think Jamshedpur will be a difficult team for us. They have good players in the squad and I know Owen and he will prepare the team well.” Habas said.