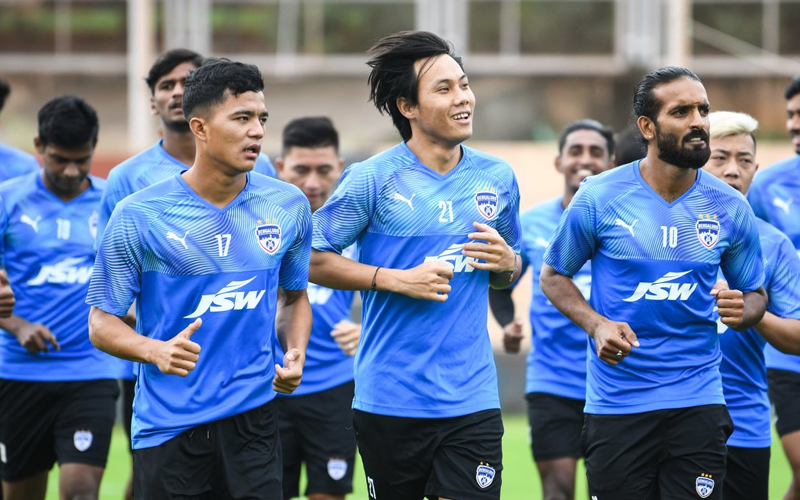 When Bengaluru FC and Jamshedpur FC face each other in the Hero Indian Super League at the Fatorda Stadium on Monday, one thing is for sure — the contest will be alive right until the final whistle.

The match-up holds the promise of an entertaining contest as second-half free scorers Bengaluru — joint-highest scorers in the period — face one of the league's weakest goal leakers in the second half — Jamshedpur.

Sixth-placed Jamshedpur have conceded 66.67% of their goals in the second half with only Kerala Blasters (8 goals) and SC East Bengal (11 goals) conceding more. Besides that, four of the nine goals Owen Coyle's side has conceded have come in the last 15 minutes of the match — the most by any team — an aspect Bengaluru will be keen to take advantage of.

For Bengaluru, placed third, inconsistencies this season have been plain to see. Their 0-1 defeat to ATK Mohun Bagan showed they can be beaten, as they were handed their first league defeat of the campaign. Meanwhile, Jamshedpur were denied points against FC Goa after a crucial disallowed goal followed by Igor Angulo’s late winner.

"Jamshedpur are doing really good work and they deserve to have more points on the table," said Cuadrat. "We have to control Jamshedpur. Their foreigners are getting better with every passing week, and their young Indian players are also doing well. Jamshedpur will be a tough opponent to face, but we have a plan, and we will try to get the three points."

While scoring goals has never been a problem for BFC, their defense hasn't looked at its best. They have conceded 8 goals in the first 7 matches of the season, while shipping just 9 goals during the 2019-20 season.

Jamshedpur will bank on Nerijus Valskis to cause problems for the opposition defense, having scored six goals. The Lithuanian, however, is yet to score against BFC. “We have a plan, a good structure and we have conceded the least goals in the previous season. We maintain a high line and it is part of the plan. Valskis could not score against us last season and we will try to do the right things in the next game as well,” Cuadrat said.

Owen Coyle is optimistic about the upcoming game. Aitor Monroy, the leading chance-creator for Jamshedpur, will also hold key alongside Valskis in attack. “It’s a tough game for both teams. BFC are well respected. They have a terrific coach and very good players. Very hard working and organised team. We are looking forward to playing against the best teams and best players. We are capable of winning against best. But we need to be at our best against a very good team BFC.”