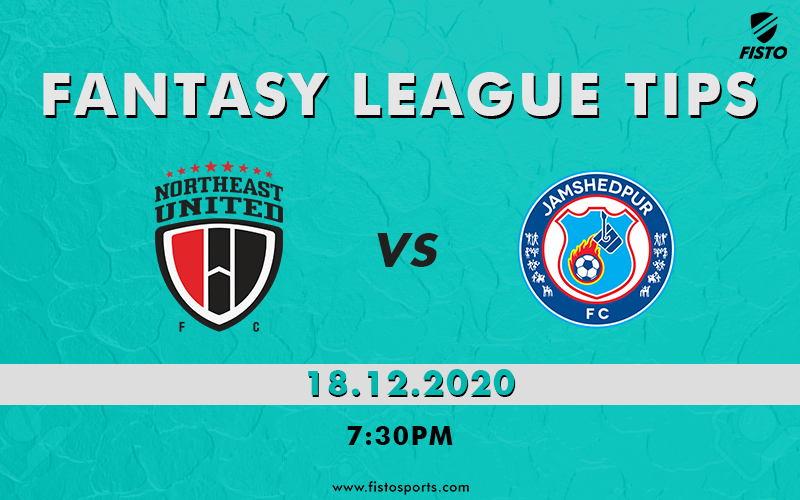 We have gathered a list of players you need to transfer into your team as we approach another hectic day of Hero ISL action.

It is match 32 of Hero Indian Super and it's Jamshedpur FC taking on NorthEast United FC.

The Highlanders has been the surprise package of this year's ISL so far. They are yet to lose a match and are having 10 points after 6 matches. Jamshedpur FC on the other hand, are coming from two back-to-back draws and they themselves are yet to lose a match, after losing to Chennaiyin FC in their very first game.

Let's take a look at whom have we selected in our Fisto's Fantasy 11 Team for today's match and some tips on Why to select them in your team.

Gurmeet Singh (NEUFC): In this match, Both the goal keepers are safe choice since both the teams tend to take almost similar amount of shots on target. We are going in with Gurmeet, But Subrata Pal isn't a bad option either.

Dylan Fox (NEUFC): By far the best player on the pitch in their last match against Chennaiyin FC. Defended like a beast and also rose the highest on set-pieces on three occasions. Although he didn't convert them on target, he is surely a Goal scoring threat while during set-pieces.

Benjamin Lambot (NEUFC): The captain of NorthEast United for a reason. He has been a rock at the back line for NorthEast United this season so far. His average clearance of 6 per match, says it all. Just like his defensive partner Dylan Fox, Lambot is also a set-piece target for NEUFC.

Stephen Eze (JFC): Owen Coyle must be thankful of having the tallest defender of this year's ISL in his team. Eze is seen everywhere. He can defend, play as a striker when his team needs a goal and also score goals through headers. He will be a good addition to our fantasy eleven.

Laldinliana Renthlei (JFC): Unlike the other three defenders we have selected, he won't score from set-pieces, but his quality of crosses into the box and timely interceptions can earn us maximum points as well. He creates a lot of chances for Jamshedpur FC and maybe one of them can lead to an assist as well.

Kamara (NEUFC): He has been dubbed as "Kante" by the local fans. And the reason is justifiable by his performance in every match. If Lambot is a rock at the backline, Kamara is a wall at midfield for NorthEast United.

Jackichand Singh (JFC): He is the Indian with most chances created in ISL. And he justifies it match after match. He set up Valskis's goal against Mumbai City FC and also against Chennaiyin F.C.

Alex Lima (JFC): Not the bestest of ISL so far for him. But with Aitor Monroy suspended for today's game, we may expect him to take a deeper and creative role for Jamshedpur FC.

Nerijus Valskis (JFC): You can never omit a player like Valskis from your Fantasy team. He scores goals game after game and is hungry for more every time he walks on to play.

Luis Machado (NEUFC): He is a winger, but has been converted into a creative midfielder in the absence of Federico Gallego and it is fair to say that he has also adapted well to that role as well. He can create, He takes set pieces, he scores goals, what else would we need to select him in our squad?

Appiah (NEUFC): He is a proven striker as seen in the matches against Kerala and Mumbai City FC. He is dangerous in set pieces as well. If Sylla is in the starting line up, then we will take Sylla instead of Appiah.

The team selection is based on Some expected changes in the line-ups from both the teams.