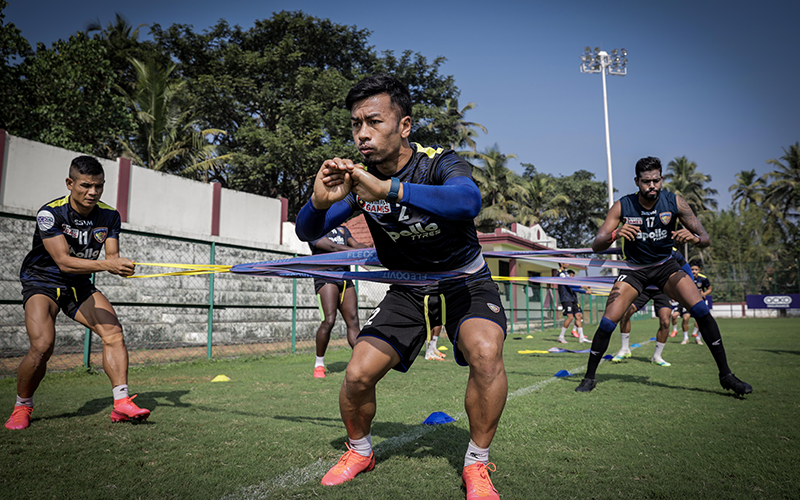 Csaba Laszlo's side prepare to face an in-form ATKMB on Tuesday evening.

Chennaiyin FC coach Csaba Laszlo faces a unique quandary as he prepares his team to take on ATK Mohun Bagan in the Hero Indian Super League at the GMC Stadium, here on Tuesday. On one hand, goals are coming from everywhere — Chennaiyin have already had six different individual goalscorers this term. On the other, the people tasked with scoring them — the strikers — aren't finding the net often enough.Against ATKMB, who are yet to concede from open play this season, the likes of Jakub Sylvestr will have to do a lot better if Chennaiyin are to walk away from the match with something.

Time to get back to basics

Laszlo is happy with how goals are coming from different sources and stressed that it was no accident. "We have not just one goalscorer. We have (scorers from different places), from the left, right or the middle. This is also more or less down to our strategy," he said.But he also recognized the need for his team to be less wasteful up front. Lallianzuala Chhangte failed to hit the target from good positions all season before finally doing so against SC East Bengal, while Sylvestr has the worst conversion rate (5.26) in the league among players who have scored at least one goal. "I would be very happy if our main strikers score a lot more goals. Actually, we missed a lot of chances even in the last game. But I'm also happy about how we have so many Indian goalscorers — (Rahim) Ali, (Lallianzuala) Chhangte and (Anirudh) Thapa. I think this is important too," said Laszlo.

Tearing up the scriptChennaiyin will have to be on their toes right till the final whistle for ATKMB have developed a knack for scoring late winners. They have scored in the last fifteen minutes of the match four times already. That trend may have to do with how ATKMB coach Antonio Lopez Habas drills his team to react to situations as they evolve. "You can prepare your team for one thing and after that, the opponent can do something differently," he said. "The more important thing is that you have your ideas very very clear. Then you can adapt to your opponent."While ATKMB are favorites going into the match, Habas has been around long enough to know there are no easy matches in the Hero ISL. "Chennaiyin have very good players and it is going to be a hard game for us. My team is going to have to concentrate throughout the match," he said.