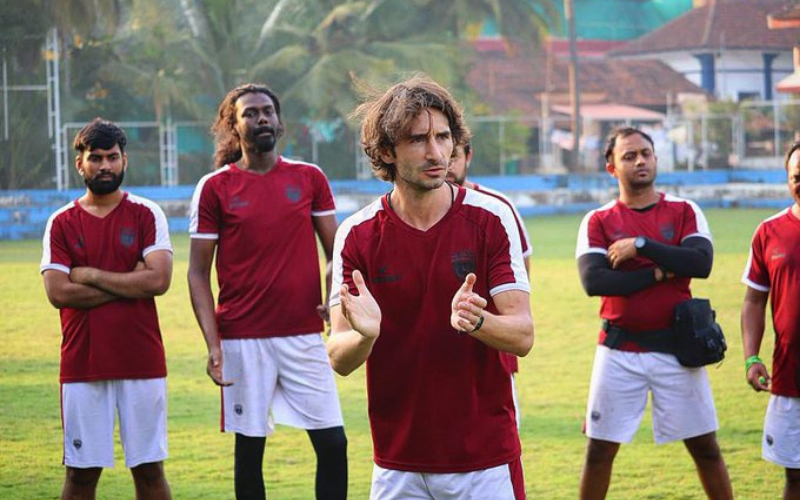 ATK Mohun Bagan ended the year on top of the Hero Indian Super League standings and the pressure to keep their dominance intact arrives in the form of NorthEast United FC's challenge, where both meet at the JL Nehru Stadium in Fatorda on Sunday.

Edging ahead of the chasing pack, the Mariners have set themselves a perfect base to emerge as early contenders for top honours with only Mumbai City for now, posing a real threat.

However, if there is one thing that their coach Antonio Lopez Habas would want, it will arguably be for his strikers to get more goals as the Green and Maroons appear solid defensively.

As part of the New Year celebrations, we bring you a brand new series: Mariners in a Minute! 💚❤️

ATKMB's strikers have been going through a rather hit-and-miss phase with only three goals coming in their last four games. This was on display in their previous game against Chennaiyin FC - a goalless draw.

However, Habas is not worried. "I would be worried if we did not have the chances to score," he said. "In football, you can do in one moment,  what was not possible for you in the three matches before. All situations are different situations during the 90 minutes."

Of ATKMB's strikers, one name has stood out throughout the season — Roy Krishna. Time and again, this season, Krishna has dug his team out from sticky situations with timely goals. Of ATKMB's five wins so far, he scored the winner in four. However, he has been in lukewarm form of late and has not scored from open play for nearly a month.

However, Habas maintained that goalscoring was a collective responsibility, not a single player's task. "I have to analyse the performance of the whole team and not just Roy Krishna. And the team's performance is 100 percent." he said.

NorthEast United, meanwhile, have problems of their own. After their early season form propelled them up the table, they've since lost ground and are winless in their last four games. Their coach Gerard Nus is aware that ATKMB will present them with a tough test.

"They're one of the hardest teams to play against and there's no question about it," he said. We're seeing why. We knew they would be on the top because they have really amazing players. They have been consistent through the years. They retained many players that they got in the squad and that obviously helps in a short tournament like this."

While Ghanaian strike man Kwesi Appiah is doubtful for the game, much will rest upon Federico Gallego and the impressive young triumvirate of Lalengmawia, Rochharzela and Ninthoinganba Meetei to provide the impetus going forward as the Guwahati side looks to reboot into top form against top opposition.

Can Gerard Nus' #NEUFC spring a surprise against #ATKMB?