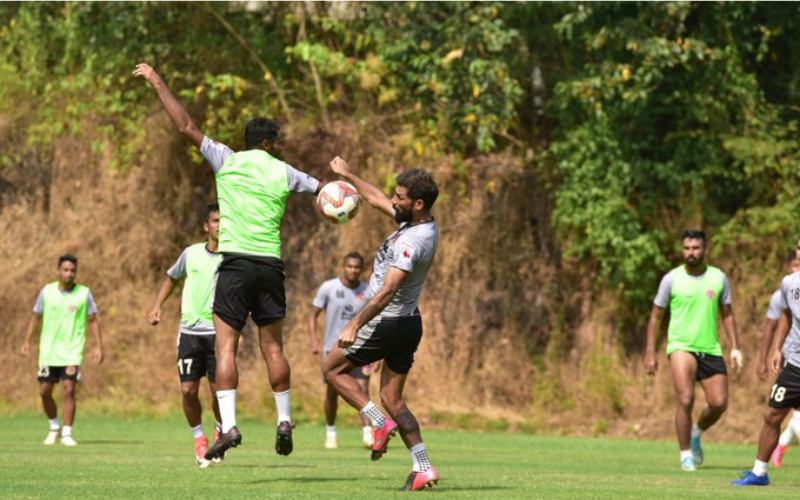 SC East Bengal will look to end their disappointing start to the Hero Indian Super League season and notch some points on the board when they take on Jamshedpur FC at the Tilak Maidan in Vasco on Thursday.

Coach Robbie Fowler’s side are yet to open their account and the Englishman knows there is no margin for errors if his team is to avoid a fourth successive defeat.

“We have to believe in ourselves. It’s a tough game (against JFC), a game which we can go and try and improve. We haven’t been too bad in terms of performances; results have probably gone against us,” said Fowler.

Despite creating chances, SCEB are yet to score this season, having the second-worst shot accuracy in the league (20.51%). They have taken just 17 shots from inside the box (second-lowest in the league). However, Fowler was quick to defend his misfiring strikers.  “It’s not always about the strikers. We need others to get the goals too. I would be more worried if players didn’t create chances. We are creating chances,”

But for a side that has conceded 7 goals in three matches, they need a plan to stop Jamshedpur's star striker Nerijus Valskis (5 goals in 4 matches). “We’ll have a plan like we do in every game. We’ll have to place emphasis on stopping them from scoring,” he concluded.

Meanwhile, Jamshedpur are riding high on confidence following their 2-1 win over ATK Mohun Bagan, a side that had kept clean sheets in their previous three games.

But Owen Coyle, familiar with Fowler’s philosophy, knows it wouldn’t be easy to play East Bengal. “It's going to be a tough game as it was against ATK and we need to make sure we are ready for it. They are very dangerous opponents,” stated Coyle, who will play his fifth game in 15 days on Thursday.

Defensively, their performance against ATK Mohun Bagan saw the rise of TP Rehenesh. Speaking of offense, JFC have scored six times in the last four matches, with five coming from the boots of Valskis. SCEB will have to put in an all-round performance if they are to record their first points of the season.