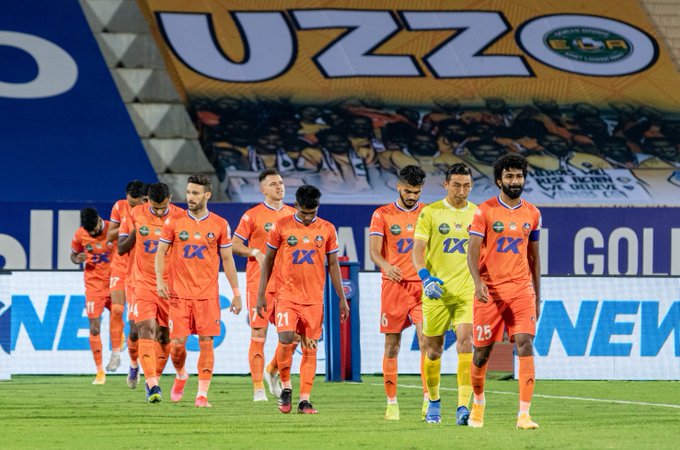 Press Release
Share
FC Goa will know that time is running out for them to resurrect their ship but when they take on Odisha FC, they will face a rival who are determined to get their campaign back on track as well, in a fiesty Hero Indian Super League clash at the Athletic Stadium in Bambolim on Tuesday.FC Goa are on a four-game winless run, sitting in ninth position with 14 points from the same number of games. Derrick Pereira's side lost to Jamshedpur FC in their last encounter despite playing some eye-catching football and Pereira would know his charges have to convert their chances in order to get back to winning ways.Goa have to start winning games now if they are to push for a playoffs spot but in Odisha, who are one rung above them, they will face an opponent who will harbour similar thoughts.Odisha have had a mixed bag this season, starting on a good note to then taper off in the middle. With 17 points from 13 matches, they still have time to fight for a playoff spot and a win on Wednesday would put them back in the fray.For Goa, lack of finishing has been a problem as they have created more chances and attempted more shots than any other team this season. In their last game against Jamshedpur, Goa hit the woodwork thrice, the highest in a single game this season.Goa also holds the record for most crosses in a single game this season. They attempted 31 crosses against SC East Bengal, the joint highest attempted by a team in a single game this season alongside ATK Mohun Bagan.Brandon Fernandes played for Goa in the last game, and coach Pereira said he is one of the key players in the side and they are happy to have him back."He makes a difference. Going forward, his performances will give us better options and in creating more chances. He has been an integral part of the team and brings in that quality to our team," Pereira said."Our intent is always to get three points and we will keep fighting. We will never give up," he added.Odisha have been among goals despite enduring a losing the last game and their ability to score late goals should make coach Kino Garcia happy. Jonathas also got back among goals in the last game and it was Odisha's ninth goal in the last 15 minutes of a game this season. With 4 goals, only Aridai Cabrera (5) has scored more goals for Odisha this season besides Jonathas.Indian wide players Jerry Mawihmingthanga and Nandhakumar Sekar have been putting in some impressive performances in their last few games."The last matches, we have been playing well. We didn't win or get points but the performance was quite good. The positives are that the team is brave to try things we are doing in training. We are trying to create more chances by keeping the ball," said Garcia."So the attitude of the players is good. It will be a tough game. Goa doesn't deserve to be where they are. They are playing quite well. They also want to keep the ball. So we need to close down the spaces. They have really good players," he added. The last time the two sides met, it was a 1-1 stalemate.