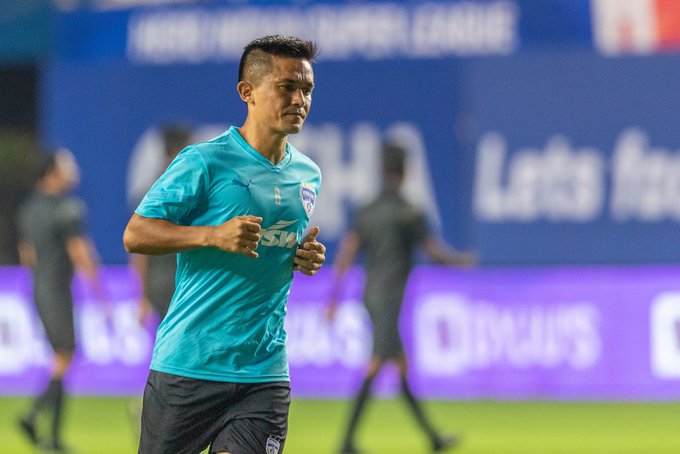 Bengaluru FC will be desperate to snap a three-game losing streak when they take on ATK Mohun Bagan who will themselves aim to reserve a dry run, when the two arch-rivals meet in the 2021-22 Hero Indian Super League (ISL) clash at the Athletic Stadium in Bambolim on Thursday.The Blues haven't won their last three games and have so far bagged just one victory in six matches, languishing at ninth place in the 11-team points table with four points to show for. The former champions leaked 10 goals in their 5-game winless streak, laying bare a porous defence that has overall shipped 12 goals in six matches, making it their worst ever goals conceded tally in the league. The club have kept zero clean sheets in their last 10 games, conceding 21 goals in the process, showing India's No. 1 goalkeeper Gurpreet Singh Sandhu in poor light too as the tall custodian has been guilty of making mistakes under the bar.The Marco Pezzaiuoli-coached team haven't clicked as a unit with their foreign signings also not showing that extra spark barring Cleiton Silva and Prince Ibara to some extent. Brazilian forward Silva has been the only ray of light in Bengaluru FC's disappointing start to the season. He has scored three goals and an assist so far in Hero ISL 21-22. Silva has also created 11 goalscoring opportunities in Hero ISL 21-22, the highest among Bengaluru FC players. Sunil Chhetri has also been off colour and the Indian football icon will look to end his barren run in front of goal."The players are motivated. We had one of the best training sessions today. We deserved to have more points. We need to get the goals. In football, it's about concentration and communication," Pezzaiuoli said on the eve of the match. "It won't be easy against ATK Mohun Bagan. But we will fight for three points," he added.It has not been smooth sailing for ATK Mohun Bagan also. The finalists of last season have conceded eight goals so far, including five in one game against league leaders Mumbai City FC. Antonio Lopez Habas's charges are sixth in the table with seven points from five games. A win will take them into the top four but for that they need their key players firing on all cylinders. Hugo Boumous began his 21-22 Hero ISL scoring two goals for his new club in their 4-2 triumph against Kerala Blasters on the opening day of the new season. But since then, the highly-rated Frenchman has not scored or assisted. This is just the second time in his Hero ISL career when he has gone without a goal or an assist oin four straight games. The other instance of him going four games without a goal or an assist happened when he played for FC Goa in Hero ISL 19-20.

When Roy Krishna takes the field against Bengaluru FC, he will become the 21st foreigner to reach 50 Hero ISL appearances. "I have the same opinion about Roy Krishna as in the past. He is one of the best players in the ISL," Habas said of the Fiji striker. "Bengaluru FC have a good history and they are a good team. We have to prepare as best as we can," he added when asked about the opponents on the morrow.