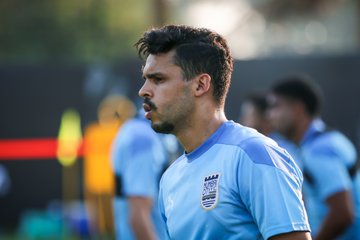 League leaders Mumbai City FC will look to snap a four-game winless run and consolidate their place at the top of the points table when they take on Bengaluru FC in the 2021-22 Hero Indian Super League at the PJN Stadium in Fatorda on Monday.Mumbai were held to a frustrating 0-0 draw by SC East Bengal in their last outing, making it four games in a row that they have not won. The Des Buckingham-coached side lacked teeth against East Bengal and also in the last few games, allowing their points gap at the top to be cut by the likes of Hyderabad FC, Jamshedpur and ATK Mohun Bagan.In the first six matches, Mumbai scored 17 goals and in their last four matches, they have only managed five. They scored a goal at least in each of their first six matches. In the following four, they failed to put the ball in the back of the net twice, underlining their woes in the final third.The Islanders will also be without midfield general Ahmed Jahouh who is suspended. With Rowllin Borges out injured and withdrawn from the squad, new signing Vinit Rai is the most obvious option to slot in alongside Apuia. Needless to say, Jahouh will be a big miss for the club.The Moroccan midfielder is Hero ISL 21-22's leading assist provider with six assists to his name. His set-piece delivery is one of the reasons why Mumbai have scored 10 goals from set-pieces this season, joint highest with Bengaluru and Jamshedpur FC."Now we need to kick on and make sure we continue with the clean sheets in the upcoming matches. We need to maintain a good defensive shape," Head Coach Des Buckingham said on the eve of the encounter.Bengaluru, on the other hand, are ninth in the table and are slowly looking to bounce back after a disappointing start to the season. The Blues completed the first half of the season with just two wins in the bag and in their last game, looked ill at ease against East Bengal.Marco Pezzauioli's charges have not faced defeat in their last four matches but will have to work on getting goals from open play. Just one of the last 10 goals scored by Bengaluru has come from open play. Overall, Bengaluru have scored just six goals from open play this season, only Chennaiyin FC (5) and SC East Bengal (2) have managed fewer."Mumbai are a top team, but there are many top teams in the League this year. We lost the first game 3-1, but we had a lot of possession and conceded goals against the run of play. We have to work hard to improve defensively and in attack," said Pezzaiuoli.