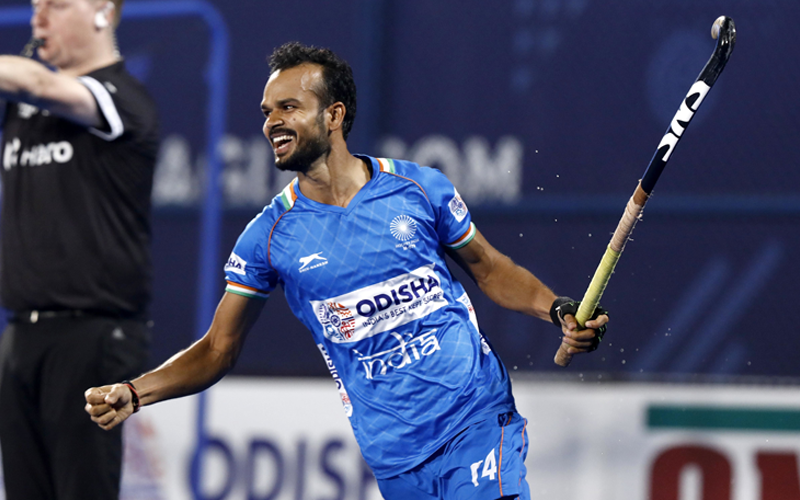 The India striker is hopeful the Indian team will get to play international matches ahead of important tournaments like Asian Champions Trophy where the team will be defending their title.

"It's perhaps the first time in many years that we don't have a tournament around this time of the year in India. Some of us in the National Camp have been quite nostalgic recalling our past matches during this period and were feeling quite emotional about how far we have come on the international stage. We have successively improved performance since the 2014 FIH Champions Trophy in Bhubaneswar and have been able to climb up the world rankings," stated Lalit Upadhyay who was part of the squad that played the FIH Men's Champions Trophy which was held in Bhubaneswar from 6 December to 14 December 2014.

He further stated, "It has been six years since that tournament but it still remains very fresh in our memories. Though most of us had played Hockey India League (HIL) matches in the Kalinga Stadium, the FIH Champions Trophy was the first international tournament we were playing there (in Bhubaneswar) and the incredible support by fans was absolutely amazing. It was during this tournament that we got a sense of the passionate spectators there who were not just supporting for India but had turned up full-house for matches between different foreign teams as well. It was a great, fun-filled experience."

Lalit further highlighted the growth of Indian Men's Hockey team over the years. "If I look back at how we played then in 2014 and how we play now as a team, I feel we have come a long way and have grown from strength-to-strength. We don't choke in tense moments anymore and we have learnt to put up a fight-back if required. Our performance, particularly in the last two years, have been note-worthy, having achieved good success rate against top teams like Belgium, Netherlands and Australia," he said.

Having been in the National Camp for over four months now, Lalit feels the Core Group has improved in fitness levels especially in comparison to when they began the camp in August. He said, "While living in a bio-secure environment, without being allowed to go out of campus, for over four months has been extremely challenging, I feel this long camp has certainly helped us achieve good fitness levels and hit the same match-fitness and speed we were at during the start of the year when we played the FIH Hockey Pro League. We are all hopeful that we will get to play a few international matches before we compete in important tournaments like the Asian Champions Trophy where we defend the title."