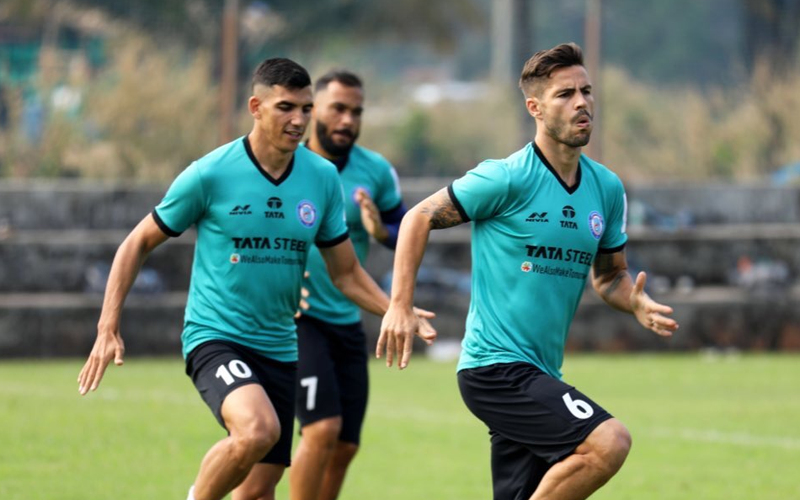 Back-to-back defeats in the Hero Indian Super League have seen Jamshedpur drop from the top-four slot. However, coach Owen Coyle doesn't feel his side’s recent slump is down to inconsistency and believes they have the character to bounce back as they face a struggling NorthEast United FC at the Tilak Maidan Stadium in Vasco on Sunday.

There’s not much separating the two sides at the moment with seventh-placed Jamshedpur being a point above NEUFC after 13 points from 11 games. Jamshedpur will certainly fancy their chances against their opponents who are struggling for consistency.

The Highlanders are winless in their last seven games. To make matters worse, they parted ways with coach Gerard Nus who was replaced by Khalid Jamil on an interim basis.

Jamshedpur also boast a unique record against their opponents, going unbeaten in seven games while winning twice. But that doesn't give any reason for Coyle to take his opponents lightly.

“Well, I don't know if they are in good form or not. I think they played very well in the last game, “Coyle said. “NorthEast are dangerous opponents and every opponent you face possesses different challenges. They might not be fluent in passing the ball but they have so many other qualities and that's what we need to identify. We have to be respectful but also look to play our game and impose ourselves and get our good players on the ball. “

While midfielder Alexandre Lima will be suspended for the game, Coyle is hopeful captain Stephen Hartley can take part after going off injured in their defeat against FC Goa.

Similar to Jamshedpur, NEUFC will also be desperate to bounce back, given their recent run of results. But despite their poor form, Alison Kharsyntiew is confident Nus’ departure won’t hamper the team and hoped they can make it to the playoffs.

“We have to be consistent in our performances and if we are consistent, I'm sure we will are found reach the top four, ” he said. “We have to stay together as a team, work hard in training and the game and give our best.”