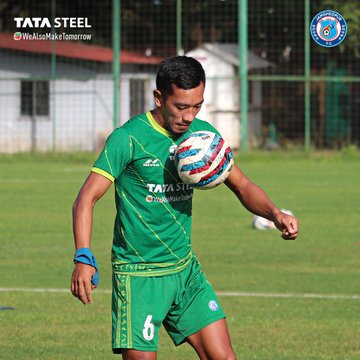 Press Release
Share
Two in-form teams will look to outdo one another in what could be a battle of attrition in the 2021-22 Hero Indian Super League (ISL) at the Tilak Maidan Stadium in Vasco on Tuesday.Odisha have got off to a flying start this season, winning three of their four games so far. They are placed second, three points adrift of table leaders Mumbai City FC. The Kiko Ramirez-coached side beat NorthEast United FC in their last outing, a game where they showed their defensive solidity as well besides possessing a collection of good attackers.The likes of Hector Rodas, Victor Mongil, Javi Hernandez, Aridai Suarez, and Jonathas have underlined Odisha's excellent foreign recruitment this time as they have all fired so far in their respective departments. The club had signed six new foreign players ahead of the 21-22 season, refreshing their whole foreign contingent and so far the move has been working well for them. Nine of the 11 league goals scored by the club have come from new foreign signings."Owen Coyle is doing a good job. His team is probably looking one of the best this season. Our players have to be committed to the task at hand and have to concentrate for the entire duration of the match as they challenge against Jamshedpur is going to be a tough one," Odisha boss Kiko Ramirez showered his admiration for the opponents.Jamshedpur, meanwhile, lost to Mumbai 4-2 in a thrilling game but showed grit of the highest order as they came back from 3-0 down inside 24 minutes to make it 3-2 in the second half. The Men of Steel sit fourth on the table with eight points from five matches."The only way to recover from the last game is to go out and get the three points against Odisha, who have signed some good players and played some good football. We have made some individual mistakes. If we cut that out, it gives us a platform to try and go win games," said Coyle.Lithuanian striker Nerijus Valskis has scored four goals in four games against Odisha and Owen Coyle would hope he can start on Tuesday. Greg Stewart has been a significant addition to the Jamshedpur team quality-wise. In his four appearances in the league, Stewart has scored one goal and made three assists with his linkup play as the second striker in Coyle's 4-4-2 system works wonders.