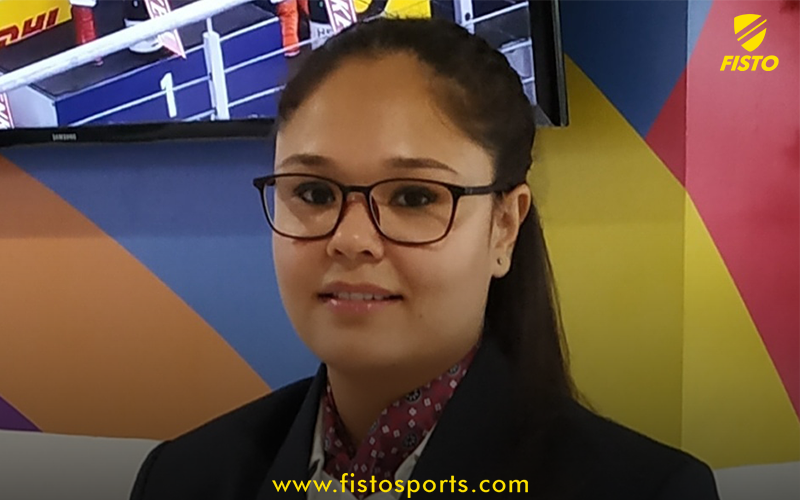 Jasseerat Singh is a 24-year-old professional fencer from Patiala. For someone so young, yet so dedicated to her profession, it’s hard to see anything other than Jasseerat becoming a success in the sport that has changed her life.

Getting to this stage where she could compete and become a professional fencer was not easy. Having introduced to different sports like judo and gymnastics and being ignored and playing few like badminton, tennis and basketball, and struggling with body image from a young age, it would have been hard to envisage the life Jasseerat is now living.  Thankful for what fencing has given her and hopeful of what the future holds.

Since debuting in 2010, Jasseerat has staggeringly claimed national crowns from Cadet & Junior all the way up to senior. A highly impressive CV of winning multiple national team gold, many All India Inter university team and induvial medals, and numerous exposures to perform better at international level. Yet the hunger and desire in the champion, still burns ferociously.

Grateful for her sport, the epee specialist has a clear and optimistic take on her career and on the future of fencing. Despite the overriding ambition to take her career to the next level, Jasseerat is modest about where she is now, the talent pool around her, and what she needs to do in order to move forward.

How did fencing happen? Did you play any other sports growing up? And how would you define your journey till now

I was 12 when I started fencing. Fencing was never planned, it just happened out of destiny. As a child I was quite healthy, so one day in my summer vacations from school my parents decided to take me to NIS to introduce me to some sport. Initially, I was introduced to sports like judo and gymnastics but fortunately I was over age and over weight for that kind of sports. So, we landed up in the fencing hall where I saw children all dressed in some kind of white uniform and playing with a sword. The sword attracted me so much that as soon as I was asked whether I wanted to play fencing, my answer was yes and that's how I ended up doing fencing

I played sports like badminton, tennis and basketball when I was a kid in school but I never took them seriously. I just used to play them for the sake that they were compulsory in school.

My journey as a sportsperson has been incredible. Sports have changed me as a human being and given me a lot to learn in life. It has taught me how to deal with difficult times in life. I am a much more confident girl now. Sports have given me life time experiences and memories that I will be cherishing all my life. I don't think I could have been such a person if I was not pursuing fencing.

What attracted you to fencing? What was your “Ah-Ha” moment that changed the way you looked at fencing

The uniqueness of the sport attracted me to fencing. The white playing kit, the sword and the entire playing arena was so damn attractive that I couldn't resist from the sport.

The “Ah-Ha” moment that changed the way I looked at fencing was the first time I won a medal at nationals and the feeling of accomplishment was unexplainable and that was the time I decided to work much harder and make my country proud.

Who are instrumental in preparing you, training you and guiding your fencing career?

First and foremost were my parents who introduced me to the sport and supported me in my entire fencing career. Then were my coaches, Mohit Ashwini and Krishan Kumar, who always pushed me to a better player and guided me throughout. Then there were some fencing comates who have always supported me in my competitions and motivated me to perform to the best of my abilities.

We all know that you are successful in your sport. But the first win and the first medal is always special. Do you remember your 1st success as fencer? If yes, how will you describe that moment?

Yes of course, no player can forget the first success. I got my first successful gold medal at cadet nationals after 5 long years of consistent training and hard work. The feeling after that was out of the world. I just can't explain it in words. I had lost all hopes till then, but that medal was a turning point in my fencing career and since then there is no looking back.

As a young fencer growing up, what did you find was most difficult for you?

The most difficult challenge for me was coping with both studies and sports. Being a studious child, it was very important for me not to neglect my studies and to maintain a balance between both. The timing for the both the things was to be divided equally and that was the most difficult task of the day. But with the support of my parents and coaches, I was able to manage it properly without compromising in any of the two.

Fencing is a sport which requires extreme concentration and focus. if you lose even 0.01% of it, you miss the target. how do you manage to maintain both under pressure situations?

Has practicing fencing benefited you in everyday life as well?

Yes, Fencing has benefited me in everyday life. It has made a healthy person conscious of my health and diet. It has made me a fitness freak and improved my focus in daily life. I have become a more goal-oriented person than before. It has also taught me multitasking and handling pressure situations in daily life.

What's your style? How often do you practice?

I have always been hard working and I believe that practice makes a man perfect. In off-seasons, I used to practice twice a day for about 2-3 hours each session while during competition, the training used to be thrice a day, each session being 3 hours.

An open-ended question for you: why do you love fencing?

I love fencing because it has become a part of my life. I feel at peace when I am close to fencing. It has given me a sense of attachment.

Fencing is one of the 5 sports that has featured in every Olympics. Do you think it is high time India paid more attention to it?

Yes, it us high time that India needs to pay much more attention to it. We need more funding, sponsors, sporting equipment, training centers, trained coaches and much more. Our sport is much more of a mind game than a physical sport, so most importantly sports psychologists are needed to train the players mentally.

There are three types of fencing—epee, sabre, and foil. Which one do you focus on

My event of focus is epee.

How do you like to spend your time away from fencing, do you have any hobbies?

As a studious child, time away from fencing is mostly occupied by studies only as currently also I am preparing for competitive exams like PCS and IAS. But other than that, I like travelling a lot, listening to music, hanging out with my friends and spending time home with my family.

Do you have any pre-fight superstitions?

Not really but it depends on the situation. If something negative has caught your mind then sometimes, yes, I do have pre-fight superstitions.

My best performance was at the Senior Asian Championships in 2018 where our epee girls’ team was the only team in India that qualified for Asian Games 2018.

Finally, what goals have you set for the rest of 2021?

I have to train harder for my senior nationals this year as next year is the year for Asian Games 2022 and along with it, I am preparing myself for competitive exams so that I can get a job.