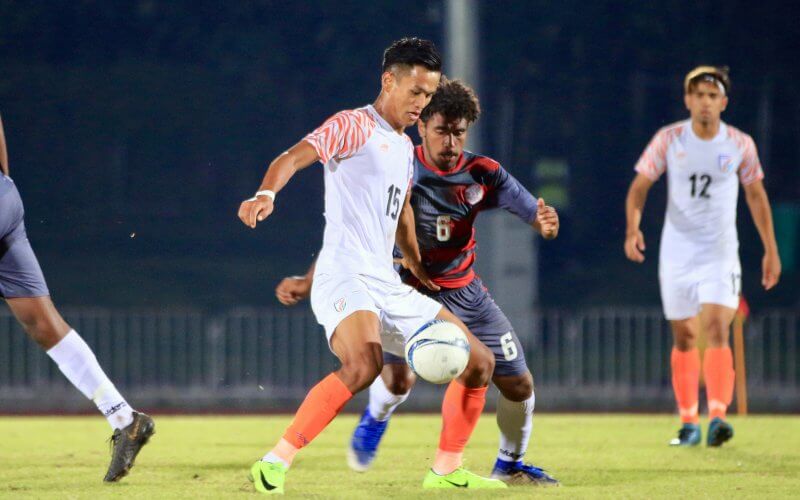 Jeakson Singh: 'Life for me hasn’t been a bed of roses since I scored that goal'

The name Jeakson Singh will always ring a bell in the heart of an Indian Football fan – the first-ever Indian and so far, the sole Indian footballer to have scored a goal in any FIFA World Cup.

On being named in Igor Stimac’s list of 35 probables for India’s forthcoming Friendlies against Oman and UAE in March, Jeakson spoke at length in a candid interview with www.the-aiff.com about the "knowledge transfer in the professional structure," shifting from being a defensive midfielder to a central defender, "life not being a bed of roses" after scoring in the U-17 World Cup, and much more.

You created history in the FIFA U-17 World Cup India 2017 scoring India’s sole goal in the tournament. From that time till now how have you changed?

I was a dreamer then. Today I am much more mature and more confident  -- both as a person and as a player.

In the U-17 World Cup team, we were a bunch of talented youngsters who just wanted to do well. The same intent still stays, but now, we have more options to learn from.

Back then, we looked up to our coaches, which was certainly essential. But now, at the professional level, the transfer of knowledge from foreign recruits whom I (we) play alongside in the club is immense. You get to see and learn at every moment.

It allows the development of the right attitude within a player. Looking back, the system at the Indian Arrows instilled that self-belief amongst us. The Arrows was our first brush with a professional structure. Unfortunately, I picked up an injury during the initial days and lost much valuable game time.

But, even while staying away from the action, I understood that the professional set-up of a team is entirely different from an academy set-up. From there, it was all on me how I wanted to approach life as a footballer.

Has life been a bed of roses after you scored that goal? Or have you been struck by reality?

Life for me hasn’t been a bed of roses since I scored that goal. In fact, no life ever is. The World Cup was over for us the moment we played our last match. Yeah, I did score the goal but it could have been scored by anyone else.

But, that never guaranteed that I would score in every match that I played from thereon. In fact, we went on to lose that match against Columbia. So what stayed with us was the experience and the learnings.

What were the learnings?

I would call it a realisation. When we went back to Manipur after the World Cup, the roads were blocked as almost everyone had come to greet us. We were treated like heroes as if we had won the World Cup, wherein the reality stayed that we had lost all our three matches.

We realised that if so many people can come to greet us even with the losses, what would the reaction have been had we won. It was then that we had vowed to qualify for the FIFA U-20 World Cup. I still regret missing the qualifiers owing to an injury. And it wasn’t just me  -- so many were injured, and we faltered.

You are now playing in various positions – from a central midfielder to a central defender. How has it been making that adjustment?

Life is all about coming out of your comfort zone and constantly challenging yourself. Playing in the defence is a huge responsibility but if the coach guides me, I will try my best to take responsibility for this important position.

Were you expecting to be named in the list of probables? Or did it come as a surprise?

I had got an earlier call-up to the camp but then the pandemic struck and the world came to a standstill for almost a year. During the pandemic, I didn’t give up and did my best to keep myself in the best condition. Hence, this season was a big challenge for me. I had it in my mind and knew that I won’t be named unless I perform.

What next for Jeakson Singh?

I understand that I have just been named in the list of 35 probables. If the coach finds me good enough to travel to Dubai for the camp, I need to pay him back. As a person and as a footballer, I intend to improve with every given day – even if it is by that minuscule percentage.