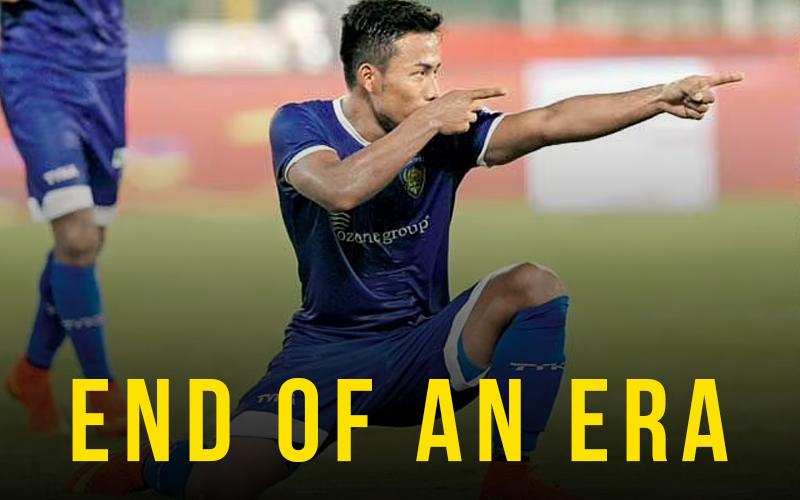 With his absence, he leaves the club as legend, with two silverware and a true place as an immortal in Chennaiyin.

Having won two ISL title with Chennaiyin FC, the Mizo Sniper leaves the Marina Arena having captured the hearts of every Chennaiyin supporter.

What else could be said about Jeje Lalpekhlua? Two Hero ISL titles, most appearances and goals in all competitions for Chennaiyin FC can answer that.

More importantly however, with such an established career - he will be best remembered for those six glorious years of unforgettable, unique, immortal, irreplaceable memories.

In the six years with Chennaiyin FC, Jeje has played 69 matches, scoring 23 goals and making seven assists. He has won two ISL trophies with the club in the year 2015 and 2017-18.

The 29-year-old Jeje extended his gratitude towards the club and its management and said Chennaiyin FC made him who he was today.

I would firstly like to thank each and every one of you for the outstanding support you give us all at Chennaiyin FC. This is the club that gave me my first steps into the Indian Super League and it is because of this club that I am who I am today.

I will never forget the support Vita Dani and Abhishek Bachchan have given us through all the ups and downs during our 6 seasons. It was a great feeling to win the trophy twice with the team.

A big thank you to every manager I played under and each and every player I played alongside.

I did wish I could play another match for Chennaiyin FC as I missed the last season but it is not to be.

The Supermachans and BStand Blues are the lifeblood of this team and I hope we can meet once again.

Thank you all it was an honour!

Jeje leaves but he lives on, unforgettable, unique, immortal, irreplaceable. He was and always will be considered special and for the price of nothing.