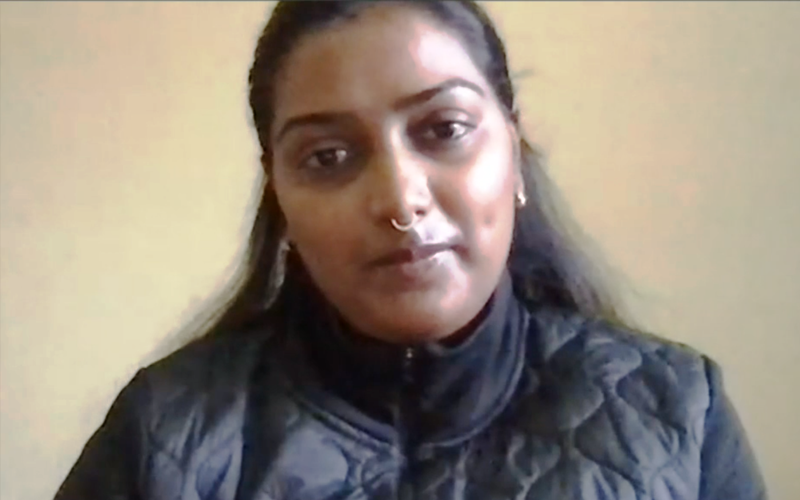 Jharkhand emerging as a suitable destination for Sports & Tourism

One of the treasure troves of the country in terms of sportspersons and overall contribution to the Indian sporting landscape, the state of Jharkhand has certainly emerged as a hotbed for sports in recent years.

At the 10th Global Sports Summit: 'FICCI TURF 2020', the state was well represented with the Hon'ble Chief Minister of Jharkhand Shri Hemant Soren attending as Chief Guest at the FICCI India Sports Awards 2020, and its potential well documented with a very intriguing and detailed session being held on how the state is finally fulfilling its potential in sectors such as sports and tourism.

A state with a rich sporting legacy that dates back to 1920s, when the legendary Jaipal Singh Munda led the Indian Hockey Team to Gold Medal at the Olympic Games, Jharkhand has continued to produce some of the best Olympians from across sporting disciplines. Ms Pooja Singhal (Secretary Sports, Youth, Art, Culture & Tourism, Govt. of Jharkhand) who chaired the session at FICCI TURF 2020, was quick to point out how sports is a way of life in Jharkhand. "In Jharkhand, sports has always been a way of life. With our Hon'ble Chief Minister's clear vision of transforming the state into a sporting economy, I am confident that we can implement our mandate which focuses on growth through factors and key objectives such as providing all the facilities, support to athletes; and to promote talent scouting starting right from the baby leagues; along with a stern focus on making the state into a sports manufacturing hub."

"We have high potential games like hockey, football, archery and athletics where we've been producing top-level athletes, but our ambition now has grown to making Jharkhand into a destination for investment in sports, and to get most members in our future Indian Olympic teams. In order to achieve those objectives, our Chief Minister is launching a new sports policy very soon, which will not only encourage the high potential games, but will also present sports as a viable career option, along with establishing talent scouting and sports tourism in the state," Ms Singhal added.

Ms Singhal also added, "We want to build sports and tourism as the backbone of the Jharkhand economy. Building new infrastructure, and utilizing and improving the current facilities across the state is also imperative. Basis proper synchronization with education department, we also aim to develop special sports university in the state, and make Jharkhand as a preferred destination for investment through various incentives given, talent scouting, and make a mark at the Olympics and remain one of the most forward looking states in terms of sports in India."

Meanwhile, Commonwealth Games Gold Medalist, archer Ms Deepika Kumari also expressed her views. "I believe as young kids, you need experienced people and decent facilities to guide you in the right direction. Jharkhand has been doing really well in terms of the talent we have been producing, but what we need to do is get in more young children into sports, and tap the talent when they are 8 or 9 years of age, and then develop them. I believe they should also be given time to develop - to think and understand what they want to do - and then should be allowed to enjoy and perform, rather than pushing them to deliver results quickly," she said.

Ms Luisa Lino Oliveira said, "Portugal and India go a long way back in history, and have always had a great relationship. I believe in Portugal what has really helped has been the revolution that took place in the 1970s where most of our young scholars went abroad to gain knowledge. They came back to the country later and ended up contributing to the growth in terms of sports and the science involved. I think it has been the same for India, and now you can really see the full potential of the country and its state like Jharkhand."

"I believe what the government, universities and corporates can do, is identify the natural talent, and then fine-tune them with support in order to turn them into winners. I also think that sports can create jobs and keep communities safe, along with giving children a great start. Therefore, we are certainly open to tie-ups, and are looking forward to how we can work with the state - to bring in the best that we can, in terms of science, design, academic collaborations, and elite athletes' performance enhancement," said Mr Agarwal.

Additionally, Mr Choudhari stated, "Tata Steel has been supporters of sports for almost a century, and have had the privilege of producing over 150 national players from the Tata Football Academy based in Jharkhand, as well as 12 Olympians from other academies. Our job is not just to promote, but also facilitate sports. Jharkhand has tremendous raw talent in most sports, and I think the time is not very far when we get to see Jharkhand become a great contributor to Indian sports. I believe in many ways the state could only get bigger and better, and with the kind of promise in terms of the mentioned roadmap, I think the state will make India proud going forward."

The 10th Global Sports Summit had joined hands with Star India coming on-board as their 'Title Partner'; MPL as the 'Awards Partner'; Dream11, Manav Rachna Educational Institutions and Odisha Mining Corporation as 'Gold Partners', along with the State Governments of Odisha and Jharkhand as 'State Partners'.