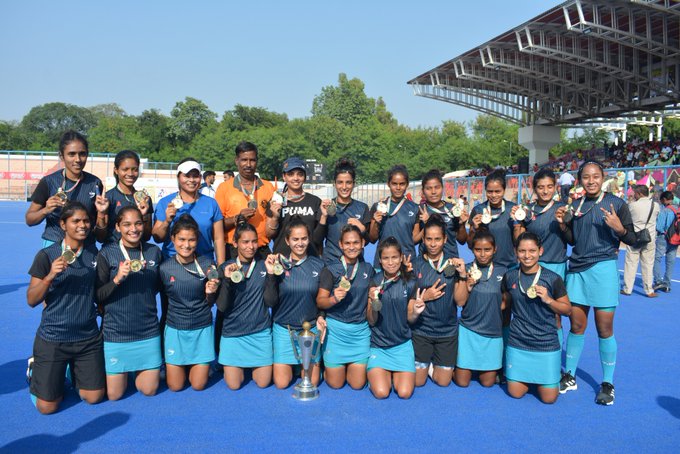 Speaking about their victory, Hockey Madhya Pradesh Coach Vandana Uikey said, "It feels really good to win the tournament, especially because we have won the Hockey India Senior Women National Championship for the first time. It was a very close match. The players played very well. We had more ball possession than the other team."

Congratulations to all the medal winners from the 11th Hockey India Senior Women National Championship 2021 organised in Jhansi, Uttar Pradesh. 👏

Uikey further spoke about the aspects that impressed her the most about the Hockey Madhya Pradesh side in the Final, "The players played an outstanding game. The fitness level shown by the team in the Final was really good. That was an advantage for us. Our Goalkeeper Deepa Sharma played outstandingly as well. She saved a lot of goals during the match. This tournament was a good experience for the team as well."