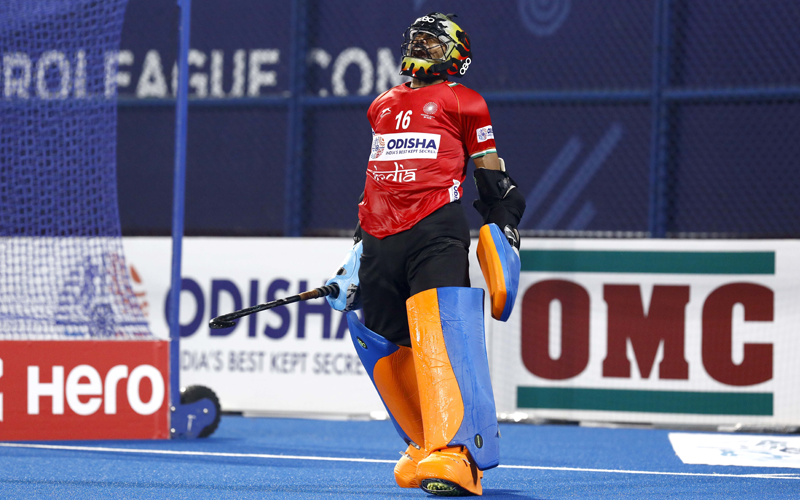 The experienced custodian feels the course provides an opportunity for players to transition into Coaching after their hockey career.

"Personally, I thought this was a good initiative by Hockey India to make players attend this course during the lockdown. It gave us insights into basics of coaching. Myself and SV Sunil have expressed our interest to Hockey India that we want to attend the course physically whenever it is held and get certified for the next level. We want to go through the right channel like everyone else to get certified," stated PR Sreejesh.

The experienced Indian Hockey Star said this course provides current players an opportunity to consider coaching as an option after they retire from competitive hockey. He said, "As a player with over a decade of experience, I know my stuff about hockey however looking at it from a Coach's place it brings a different perspective all together. If I wish to pursue coaching in the future I would need to learn, understand how a Coach thinks, manages and imparts the right knowledge to his players. I believe these courses will help make that transition from being a player to a coach. I have given this a lot of thought and I certainly enjoy grooming youngsters. I have done this during the Junior World Cup in 2016 too and it was experience I enjoyed very much. "

He further said with Hockey India making this course accessible and hold the certification program round-the-year in different zones, it has become easier than ever to get certified. "Earlier, I think coaches had to travel abroad to get certified by FIH. It was cost-heavy as they would have to spend from their own pocket for travel and accommodation etc. But with Hockey India launching this program and subsequently organizing FIH Level 1, FIH Level 2 and higher levels here in India and FIH Educators coming to impart their knowledge, it has become so much easier to get certified. I have also spoken to some of the former players who have attended these courses to understand better and they have all given me positive responses," stated the Padma Shri Awardee.

Sreejesh further explained how Hockey India Coaches Education Pathway could change the standard of hockey in India. "The methods used to teach hockey at the grassroots level in India needs consistency across all regions and some places still use the old school methods of coaching. Many a times when players get selected for national program, they find it difficult to adapt. Right from warm-up, recovery to certain techniques, our playing structure and activation prior to a match, the national program is very different from what's followed at the grassroots. I believe this course will bridge that gap with coaches at the domestic level being upgraded with modern and scientific methodology of coaching which is on the same lines as top hockey playing nations. This will help create a uniform playing structure right from the basic level," expressed Sreejesh who is currently part of the on-going National Coaching Camp in SAI, Bengaluru.