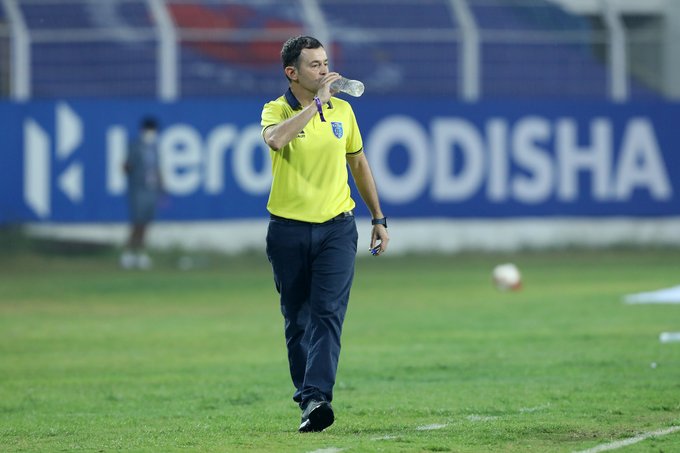 Indian Super League (ISL) side Kerala Blasters sacked head coach Kibu Vicuna after the team suffered the heaviest defeat of the season as they were thrashed 4-0 by Hyderabad FC at the Tilak Maidan on Tuesday.

With the loss, Kerala Blasters also got out of the race to the playoffs, joining Chennaiyin FC and Odisha FC in that list. Kerala Blasters' defence was once again the culprit as Hyderabad FC put up a ruthless performance in the second half to crush them.

Kerala Blasters have had a season to forget. In 18 games, they have managed only 16 points and lie 10th on the 11-team table. They have won three games, drawn seven and have lost eight. The Blasters' defence has been the worst in the season, shipping in 33 goals while their attackers have scored 22 goals. Only Kerala and Odisha FC have conceded more than 25 goals.