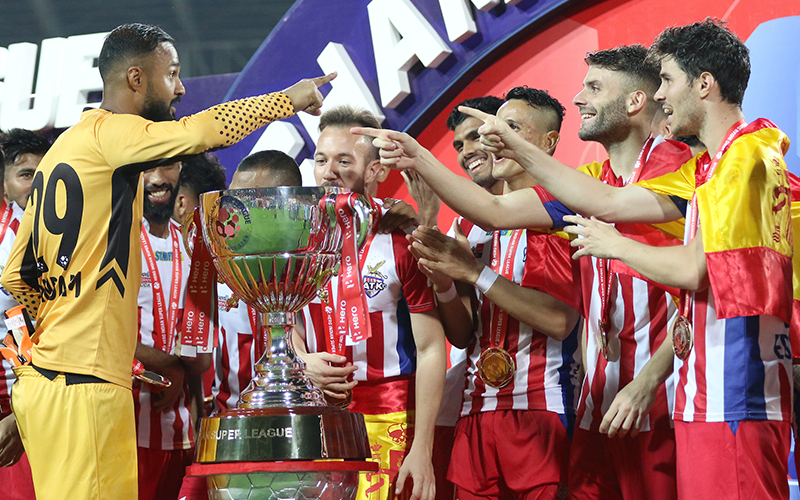 Two sides with passionate fan base, a famed rivalry, and two squads full of star-studded players masterminded by shrewd tacticians. These will be among the many things to look forward to when Kerala Blasters face ATK Mohun Bagan in the opening match of the seventh Hero Indian Super League season at the GMC Stadium, Bambolim, Goa on Friday.

With the league becoming the first major sporting event in India to return to stadiums after eight months, this is the third consecutive instance of the two sides facing each other in the season-opener. Having won the first two instances, can two-time finalists Kerala Blasters get lucky a third time?

Much has changed since these two last met. For Kerala Blasters, there's an element of uncertainty with Kibu Vicuna replacing Eelco Schattorie as head coach. Vicuna, having steered Mohun Bagan to an I-League triumph last season while playing an attacking brand of football, faces his former employers with a point to prove.

The moment we have all been waiting for is HERE 🙌

"I will always have good sentiments for Mohun Bagan," said Vicuna. "I was there for a season and they treated me well. I have a lot of friends there in the board but I'm very happy to be with Kerala Blasters. I'm going to do my best, the people (here) also received me well. I have a good relationship with the members of the club and we're trying to create a good team who will try to play good football."

Meanwhile, their opponents — defending champions and three-time winners — will start the season as title favourites with Antonio Lopez Habas helming a strengthened squad. "Vicuna did a good job at Mohun Bagan but ISL is a different competition," Habas said. "I respect him but our idea is to get the three points because we work every day for that."

With the two Spanish tacticians going head-to-head and with both sides not short of big names, fans can expect a thrilling encounter as football returns amidst the new normal. And with these two rivals always dishing out entertaining fare whenever they've met, there's no better fixture to begin the season with.