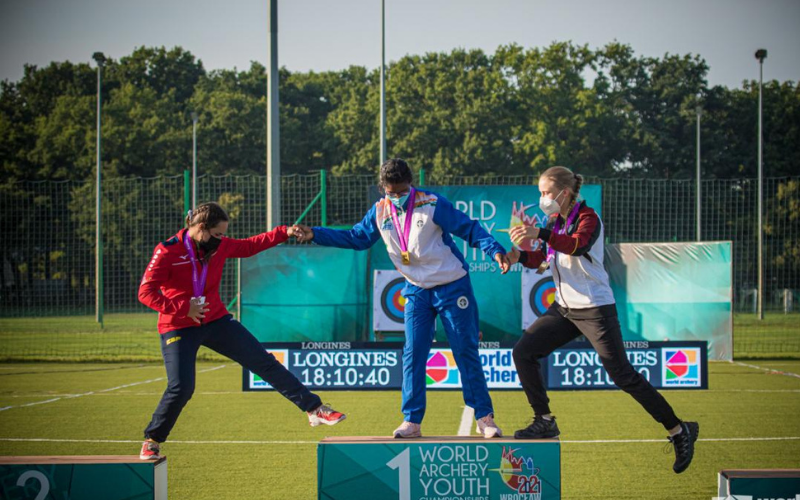 Indian rising star Komalika Bari beat Elia Canales of Spain, 7-3, to secure the under-21 world title in Wroclaw, just two years after winning the under-18 crown in Madrid.

“It’s a great, great happiness for me. I’m feeling very happy that I achieved this medal. Cadet champion and now a junior champion,” said Komalika.

Winning the titles back to back matches the record of another talented archer from India. Deepika Kumari did the very same thing exactly 10 years ago – and took the second of the two crowns at a field only one hour’s drive away from this week’s competition venue, in the Polish city of Legnica.

Komalika, now 19, needed some time to get into her finals match against Canales.

As her confidence began to grow, so did her scores.

While Elia seemed to have a wayward arrow in each set, Bari looked on point, closing with three consecutive sets of 29. The first levelled the match, the second saw her pull ahead, and the third secured victory. 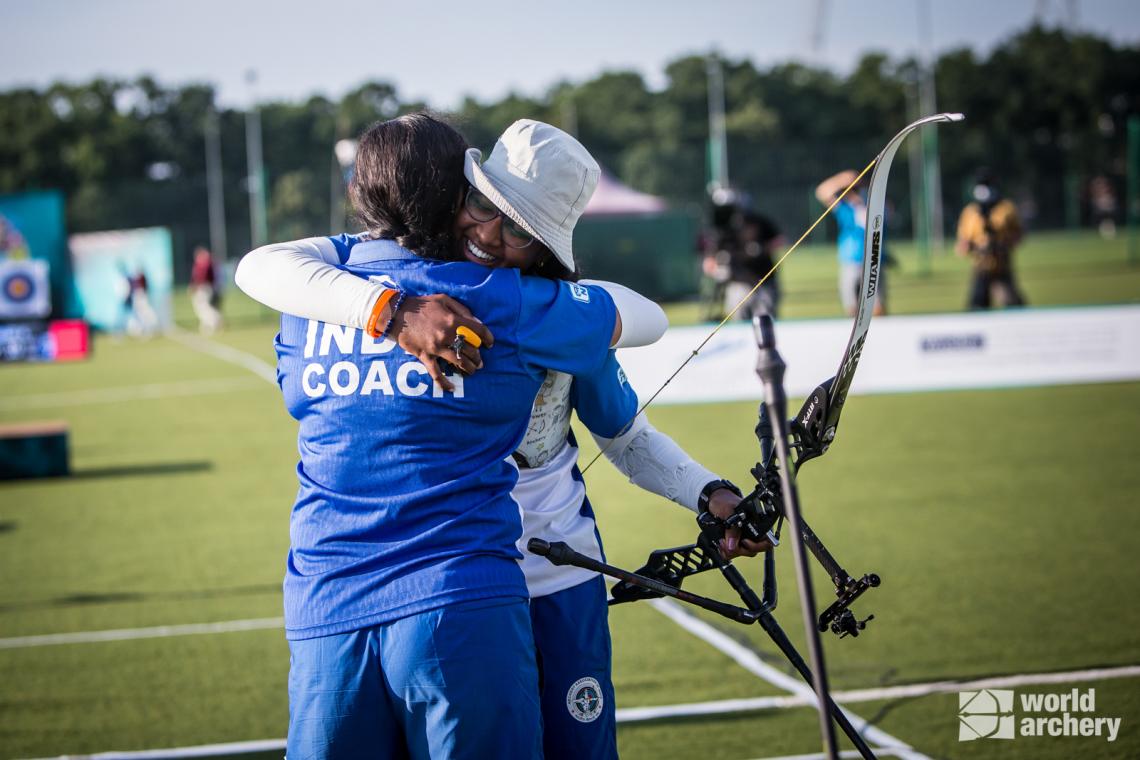 She was a world youth champion… again.

“I started and shot one set, then told myself, ‘now I have to shoot well’. I focused on my process and did my best,” said Komalika afterwards.

There’s no doubt that Bari has talent.

Having already qualified to shoot on the team at this September’s senior world championships – and now matching Deepika’s impressive youth record – parallels will, undoubtedly, be drawn.

“I’m on the process to be the star, but I think there are more archers who can get motivation from this. More archers that can become cadet champions, junior champions,” she said. “India would be top!”

Archery: Atanu Das stuns Olympic champion Oh Jin-Hyek to progress to round of 16