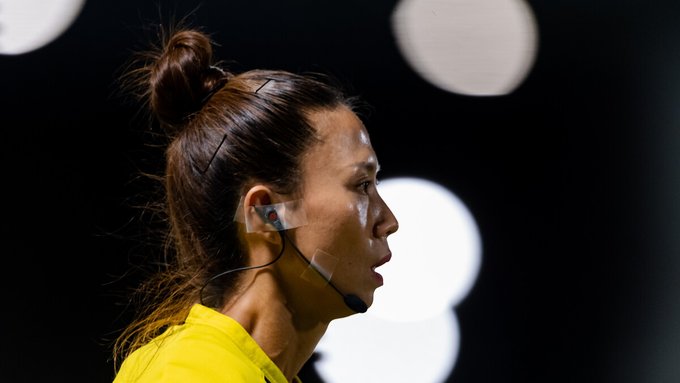 The biggest-ever cast of talented and experienced women match officials have been assigned to the AFC Women’s Asian Cup India 2022™ that will take place from January 20 to February 6.With the expansion of the showpiece to 12 teams, a total of 32 match officials, comprising 16 referees and assistant referees from 15 Asian Football Confederation (AFC) Member Associations, will take charge in potentially a maximum of 29 matches including the play-offs.History will also be made when the Video Assistant Referee (VAR) makes its debut in the tournament from the Quarter-finals as well as potential play-off matches. An additional six video match officials will be appointed to the tournament, with the system being used across two venues in Navi Mumbai and Pune.As many as nine match officials were previously appointed to the FIFA Women’s World Cup France 2019™ and their experience will benefit Asia’s marquee women’s national team tournament.

Hey, we will miss you at the stadiums during the AFC Women's Asian Cup India 2022 🤗

But you can be at the stands through your creative banners! 🙌

After you have a look at the 3⃣ #WAC2022 venues, visit this link - https://t.co/BargeZgzlG#OurGoalForAll #ShePower pic.twitter.com/3o8HyUGyvR

Among those who were appointed in France 2019 are referees Casey Reibelt and Kate Jacewicz of Australia, China PR’s Qin Liang and Japan’s Yoshimi Yamashita and assistant referees Fang Yan of China PR, Makoto Bozono and Naomi Teshirogi of Japan and Kim Kyoung-min and Lee Seul-gi of Korea Republic.Kim will be amongst the most experienced match officials as she is poised for her sixth straight appearance in the AFC Women’s Asian Cup™ followed by her compatriot Lee in what will be her fourth appointment in the tournament.The trio of Yamashita, Bozono and Teshirogi, who made history as the first all-female referee team to take charge of a men’s club competition in the AFC Cup in 2019, will also play their part in the AFC Women’s Asian Cup India 2022™.The match officials and VAR were selected based on their skills, technical knowledge, management competence and physical fitness.The AFC has organised various workshops and trainings including VAR courses to ensure the highest standards of refereeing are maintained at the AFC Women’s Asian Cup India 2022.

Indian Women stars bank on ‘collective dream to do well’