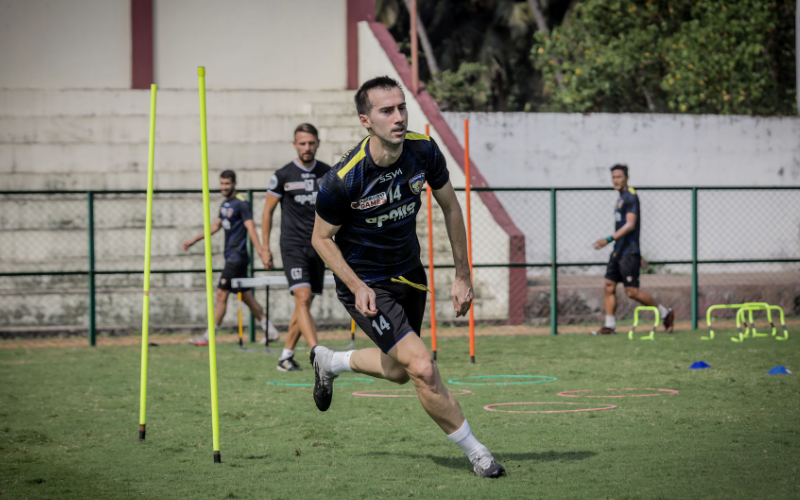 Making their chances count has been Chennaiyin FC's bane in the Hero Indian Super League this season. Now they have one final shot. Lose against FC Goa at the GMC Stadium in Bambolim and it's curtains for the two-time champions.

Even if they win, qualification is still a stretch with multiple permutations needing to work in their favour. But at this point, coach Csaba Laszlo knows that all his team can do right now is win whatever games they have left. "We had a big chance to win the game against Jamshedpur," said Laszlo. "They had just one shot on target but unfortunately we conceded an own goal and lost a game at the last minute. This is very painful because we had good chances to score and win the game. But we have to take it how it is and we have to concentrate on the next three games. It is most important that we go out against Goa and play for the club and show that we are still a good team.."

To get anything against Goa, Chennaiyin need to find goals from somewhere. They are second in the league in terms of shots and third in terms of chances created, but somehow they have contrived to score the least number of goals. They haven't scored in ten of the 17 games they have played and haven't netted in more than ten hours of football.

Goa might just be the team to break that jinx against — they have only kept two clean sheets all season. For coach Juan Ferrando, the target is simple. Win and they would have taken a giant step towards the playoff with just three games left. Ferrando will no doubt be buoyed by the team putting up a brave fight to hold leaders Mumbai City to a 3-3 draw in their last game. "This team is working hard in training and in matches," he said. "The most important thing is, they have a strong personality and they want to win all the time. I'm very happy because when the score isn't good or when we are in a difficult moment, they keep going and display a strong mentality."

Despite Chennaiyin's woes, Ferrando knows better than to take them lightly, especially considering they lost to the Blues in the reverse fixture. But the Spaniard insists that the result will have no bearing on Saturday's game. "I remember in (in the first game) against Chennaiyin, we had only two days to prepare for the game," he said. "The team was very tired. Now the players may be tired but the mentality is totally different. We are more prepared. Sometimes we get it wrong in transitions but it is better in the last few games."