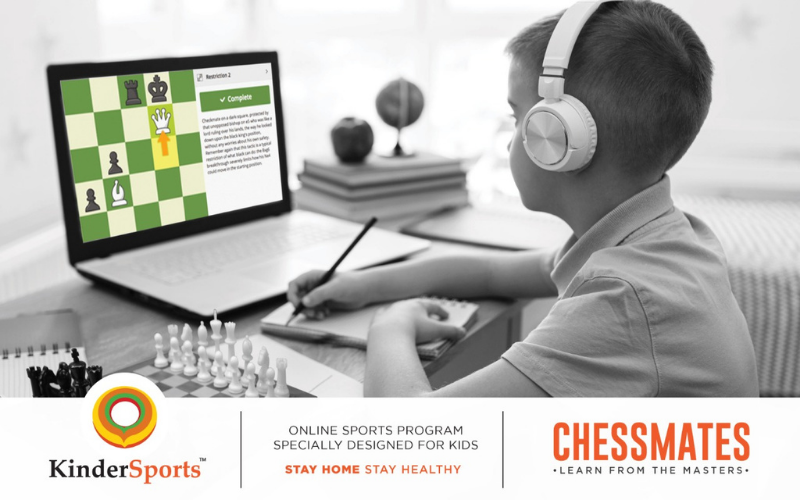 “Chess is the gymnasium of the mind.” – Blaise Pascal

Chaturanga, a game which we have popularly known for its reference in the epic story Mahabharata has since evolved and come to be known as Chess. Chess is one of the oldest board games which we know of and has since then traveled from Asia to other countries with many changes. Chess is a very complicated game that requires concentration, planning, and brilliance.

Today, there are worldwide competitions and world championships that take place for Chess. With more than 800 million chess players worldwide, there are only 1500 grandmasters present.

Today the game of chess is considered to be a prestigious sport with world tournaments and titles which you have to earn. With over 800 million chess players worldwide, there are only 1500 Grandmasters. A grandmaster is the highest title a chess player can achieve.

In a mere span of 7 years, Kindersports has become the leading sports education company with its footprint in more than 50 schools in 6 states and is also present internationally. Kindersports – a fun based professionally run sports training classes for kindergarten with the goal to instill social skills and improve physical growth of preschool children - has an online gymnastics and chess program which is gaining popularity every day.

Chessmates is a program where you will learn details of chess and tactics to tackle the opponent easily. Our student Veer presented the same through his learnings and won the match. https://t.co/cfXHoAgOxK— KinderSports LLP (@KinderSports) July 20, 2021

Their online chess program is for kids ranging from the age of 5 or senior and has 4 levels starting from the beginners up until the advanced level where your kids are trained to play in tournaments and have enough knowledge to be qualified as an international player.

What are the benefits of playing chess?

According to Grand Master Abhijit Kunte who started playing chess at the age of 8, the right age of learning chess is 5! Having completed his graduation whilst playing the national chess tournament, Abhijit Kunte believes that chess is not a distraction but a contributing factor towards getting better grades!

1. Chess helps you focus - A chess player can make the right 30 moves and if his concentration falters even for a minute can make a tiny mistake which could potentially cost him the whole game! In order to win one must give it his undivided attention which is a life skill that chess teaches.

2. Helps develop creativity - It’s believed that your true character is revealed when you play a game of chess because chess is all about strategizing. If a person is outgoing, they may start the game boldly and aggressively as opposed to a person who is shy. Chess is all about how you make the game personal to you and display your character.

3. Helps kids realize the consequences of their actions - Chess teaches kids that every action has a consequence. Whatever move they play on the chessboard is a move they have to stick with even if it turns out to be the wrong one which is similar to real life. Learning this at an easy age will help kids behave accordingly.

Chess is a very mind stimulating popular game that is played all over the world, and getting your child involved in a great game like this will only help him in the future. To begin your child’s journey into the world of chess, Chessmates is the right program to choose because it is taught by world-class teachers.

Interview with chess player Aashay Mehta: “The simple rule is what I love about chess”