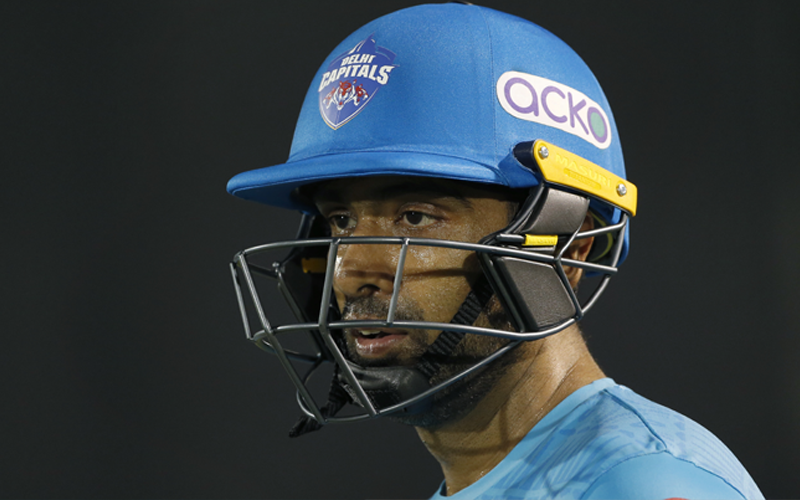 The 33-year-old off spinner is looking forward to working with Ricky Ponting & the Delhi Capitals squad.

After having finished third in last season’s Indian Premier League, Delhi Capitals added some much needed experience to their ranks for the upcoming season, and India’s star off-spinner Ravichandran Ashwin will be expected to make an impact, with 125 wickets in 139 IPL matches under his belt.


Ashwin, who had joined the team from Kings XI Punjab in a trade, is looking forward to working with the team. “I had heard a lot about the Delhi Capitals, and I look forward to working with Punter (Ricky Ponting). I've had some wonderful conversations with him over the last week or so. Shreyas is a lovely young leader who is very clear in his head, I’ve had a few chats with him too,” said the veteran spinner.

“The whole atmosphere around the team is energetic with the youngsters. The mood in the camp is extremely exuberant. We've all gone through a difficult few months, and it's great to see people in high spirits, mingling with each other despite being locked in for a week in the hotel. We were very disciplined as a group, and everyone was strict about staying in. I think that showed how much we want to go out there and play together,” added Ashwin.

With Head Coach Ricky Ponting calling Ashwin “one of the most successful spinners in IPL history”, the 33-year-old feels he has started understanding his role better. “I feel that in the shorter format of the game, it's harder to be a bowler and easier to be a batter. My job is to come in at 7 or 8, and you're going to get 5-6 deliveries at the most, sometimes not even that. The last 2 years at Punjab, I started understanding these roles better. I understand my role with the bat better now, and I can contribute better than I have done in the past. Of course bowling is what I enjoy. I don't mind going for runs, it's a challenge I love,” he said.

Talking about how he views the upcoming IPL season, the spin maestro said he will look to capitalize on teams having a slow start. “We've got a lot of energy reserve at this point and the eagerness to play the game is quite prevalent. The one thing Punter has made very clear to us is that we have to manage our workload well, and that's going to be the key. This is probably the longest window an IPL team gets for practicing for the tournament. It's usually 5-7 days, I've even joined the team just 2 days before the start because I've been playing for the national side right before that,” he said.

“This is actually a wonderful opportunity to top up your skills, try out new things. It's like a laboratory to try things out in the game that you love so much. You can really pace yourself out, use your creativity and imagination, and settle into things as the tournament kicks off. It will be a slow and skeptical start for most teams, and that's one of the areas where I'd like to capitalize,” the 33-year-old added.

Having completed the first few nets sessions with the Delhi Capitals, Ashwin said it was “exciting to be out in the open”. "Seeing a few human beings and being out in the open is not something we've done in the last few months, so yes, I'm excited. We've got nets, and top quality batsmen to bowl to, and then you're testing yourself against the best. You know action is coming up and you're back in the nets, so it's an amazing feeling,” he signed off.