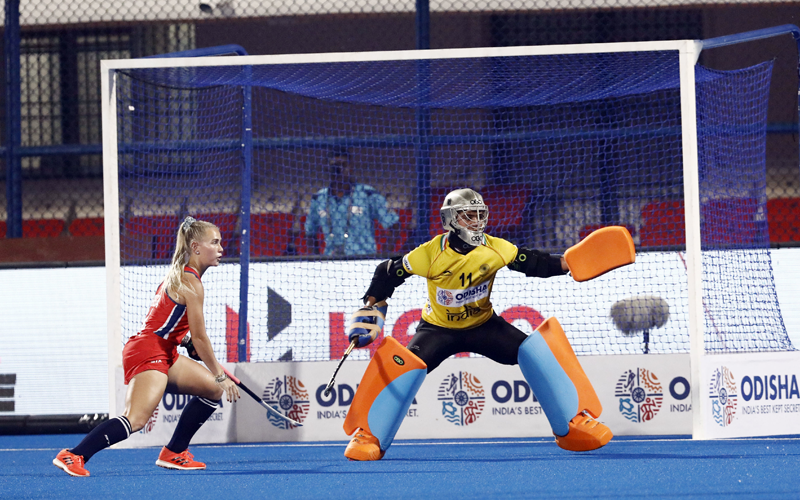 A week since their arrival in Capital city of Buenos Aires, the Indian Women's Hockey Team is vying to bring their A game to the fore when they take on the home team in the 8-match tour. Their first game will be against the Argentina Junior Women on 17th January 2020.

The Indian Team will be playing their first competitive hockey match after nearly a year. "We are absolutely looking forward to our first match on Sunday against the Argentina Junior Women team. This week, we will be getting four good sessions of hockey where our focus will be on getting match-ready. We will be looking at getting used to the pitch and playing in hot conditions. The weather here is quite hot and humid," stated India's ace skipper Savita.

Upon arrival in Buenos Aires, a city which hosted the Youth Olympic Games in 2018, the Indian team focused on recovery and conditioning all of last week. "It was quite a long travel for us with one stopover in Paris. The total flying time was nearly 23 hours. So, the Coaching Staff ensured we got enough rest before we had our first hockey session on 7th January. In the first few days upon arrival, we just did some stretching inside the hotel itself and did some conditioning work. Since we were coming back into training after 3-week break, we did not rush into playing hockey," she stated.

Having trained well and achieving desirable fitness goals in their previous National Coaching Camp in SAI Centre Bangalore between August and December last year, the team is confident of a good show in Argentina. "All the players are looking forward to the matches. Though we have not competed in the past one year due to Covid-19 restricting our tours, we have achieved match-fitness. We have not played Argentina in the recent past and we are confident of a good show," stated the Vice Skipper.