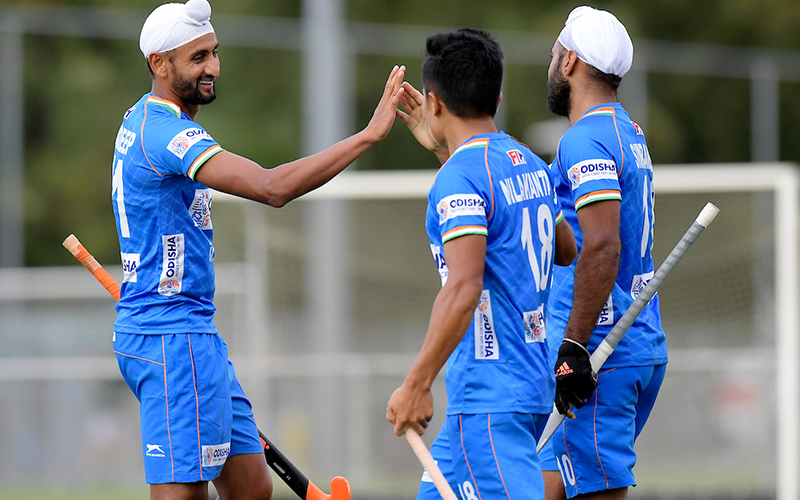 The much-awaited event is set to be held in New Delhi on Sunday, 8 March 2020. These awards are given in recognition of excellence in performance for the year 2019 and overall contribution to the game of hockey.

Speaking on the nominations, Mandeep expressed that the team's achievements are bigger than individual success. "I am happy to be nominated for the awards and I am nominated only because of my team's hard work and success last year. These awards are a big motivation for players as the team gets an opportunity to work harder. However, individual successes are not as important as the team's achievements. Last year was very special for us. We qualified for the 2020 Olympics at home and my personal performance was good too," said the Forward.

The Indian Men's Hockey Team has performed brilliantly at the FIH Hockey Pro League 2020 so far. They have played toe-to-toe against the top three teams - Belgium, Australia and Netherlands in the tournament. Mandeep said that the competition serves as good preparation for the all-important 2020 Tokyo Olympics.

"We have started the FIH Hockey Pro League very well. We played good matches against Netherlands, Belgium and Australia. The team is carrying out practice sessions day by day and all players are supporting each other during training and matches. We have never let pressure affect our performances. This competition serves as a good platform to test ourselves against top teams in the world ahead of the 2020 Tokyo Olympics," signed off Mandeep.