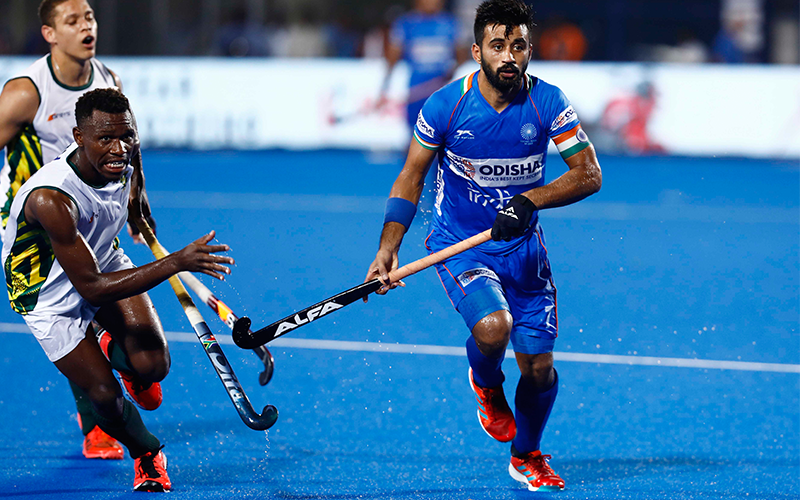 The Indian Men's Hockey Team Captain Manpreet Singh, who won the FIH Player of the Year 2019 Award on Thursday, dedicated the prize to his late father. Manpreet, who was up against World Champions Victor Wegnez and Arthur van Doren from Belgium, FIH Pro League 2019 winners Aran Zalewski and Eddie Ockenden from Australia as well as Lucas Vila from Argentina in the FIH Player of the Year 2019 (Men) category, expressed that this award is for all the support and strength he received from his father.

"I would like to thank my family and friends for always supporting me. They have been motivating me throughout my career. And of course, I cannot forget my father, if he was still here, he would've been really proud of me. This award is for all the support and strength that he always gave me," said the 27-year-old.

Vivek Sagar Prasad and Lalremsiami won their respective FIH Rising Star of the Year Awards earlier this month. Manpreet expressed that the awards won by Vivek and Lalremsiami reflect well on how the Indian Men's and Women's Hockey Teams are improving.

"It is also a very positive thing for both our teams with Vivek and Lalremsiami also having won their respective FIH Rising Star of the Year Awards. It reflects well on how our teams are improving, and gives us the confidence in doing well in future events and tournaments," said Manpreet.

Disappointed, but will continue to stay focused on our goals: Indian Men's and Women's Hockey Team Captains