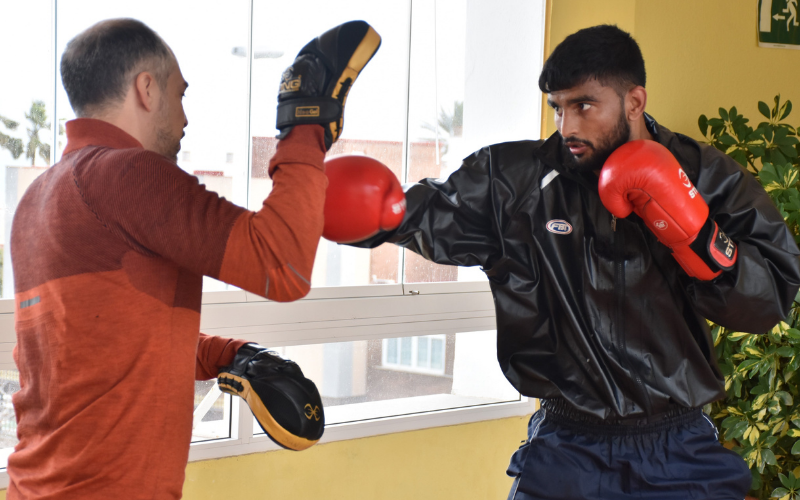 Making return in the ring after a year's break, six-time world champion MC Mary Kom and World Championship bronze medallist Manish Kaushik are set to face comparatively easy challenge in their opening matches as the draw unveiled for the Boxam International Tournament scheduled from March 1-7 in Castellon, Spain.

Both the Indians were out of action due to injuries and didn't play any international tournament since Asian Olympic Qualifiers held in March last year. While Kaushik will face Spanish opponent Raddouane Ammari on Tuesday night in the 63kg light welterweight preliminary round, veteran Mary Kom will begin her campaign in the quarter-finals stage where she will take on Italy's Giordana Sorrentino in the flyweight 51kg. Quarter-finals matches of women's categories will be played on Wednesday.

Apart from Kaushik, Commonwealth Games bronze medallist Mohammed Husamuddin is the other Indian who will be seen in action in the preliminary round late in the night on Tuesday. Husamuddin (57kg) will fight against Spain's Juan Manuel Torres. Remaining 12 Indians (six men and six women), including Mary Kom, will start in the last-8 stage. A 14-member Indian contingent, including nine Olympic qualified and other top boxers, will be in action at the 35th edition of the tournament which will witness a strong competition in the presence of boxers from 17 countries including top boxing nations like Russia, USA, Italy, Kazakhstan and Spain.

Amit Panghal during a training session at Boxam International tournament in Castellon, Spain (1)