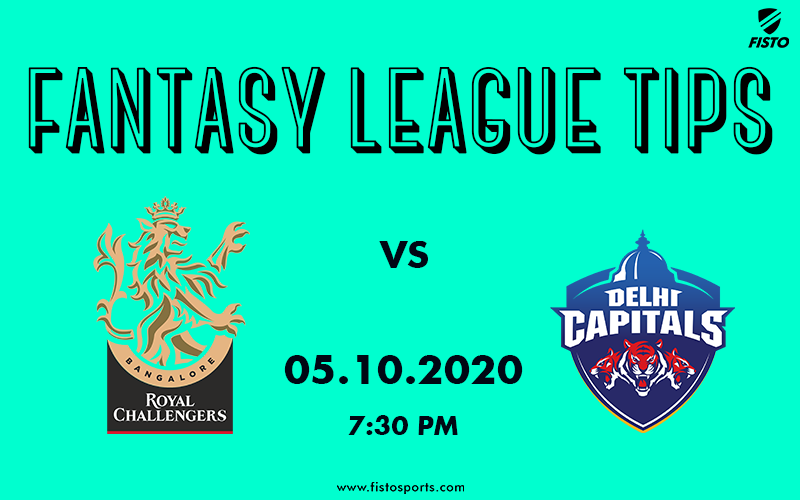 Match 19 of the Indian Premier League (IPL) will be played between Royal Challengers Bangalore and Delhi Capitals at the Dubai International Stadium, Dubai.

The Delhi Capitals after a close win against the Kolkata Knight Riders in Sharjah will take on the Royal Challengers Bangalore who are looking great this season. With 3 wins in 4 games, both the teams are well settled and are eyeing a spot in the playoffs.

Royal Challengers Bangalore are on a two-match winning streak. With Virat Kohli scoring a fifty in the last game, all their batsmen are looking in good nick. Delhi Capitals, with one of the strong bowling attacks in the tournament would be looking to restrict their batsmen and pick up early wickets. Having played here before, both the teams are familiar with the conditions. It should be an even contest between the two sides.

Finally, a chasing team managed to get over the line in Dubai this season and that too in sheer style. Chennai chased down the total with wickets in hand. Now that the jinx is broken, teams might look to chase often at this venue.

In 8 matches here this season, the average first innings score is 177 with teams batting first winning it 5 times.

Devdutt Padikkal, the youngster from Karnataka has been mighty impressive. He has scored 174 runs at a healthy average of 43.50 in 4 innings.

AB de Villiers has been in great form. Although he didn’t get to bat much in the last game, he has already amassed 146 runs at a strike rate of 178.04 in 4 matches.

Virat Kohli the king is back in form and he would like to make the most of it to help RCB continue with their winning momentum. He will be my captain for this game.

Yuzi Chahal has been bowling brilliantly and remains the best RCB bowler in this season. He took 3 wickets in the last game and has picked up 8 wickets in the tournament so far. He is a must pick.

Rishabh Pant has shown glimpses of what he is capable of doing. He mustered 38 runs in just 17 balls. Although he would have liked to score more but this sure is encouraging signs for him and Delhi.

Prithvi Shaw, made full use of short boundaries and a flat deck to score yet another half century cracking 4 sixes and 4 fours. He would want to score a few more against his National side captain.

Kagiso Rabada has been the best bowler of this year’s IPL so far. He has scalped 8 wickets in 4 games. He didn’t have a good last game but that’s what Sharjah does to a bowler. He will be steaming in against the RCB to look to get some wickets early on.