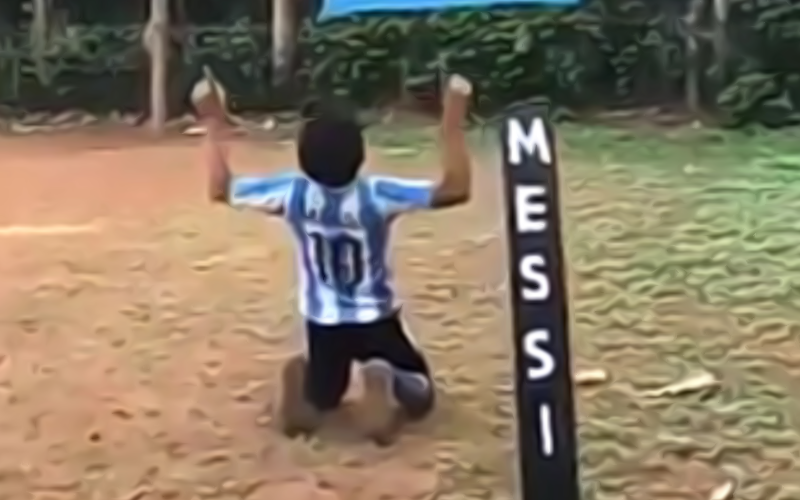 Mini Messi! An extraordinary montage of a boy showing off his incredible Messi-esque freekick has gone viral.

12-year-old boy shows off his insane football skills as he curls a Messi-esque free kick perfectly into the top right corner.

The footage, which is believed to have been filmed in Kerala, shows Mishal Aboulais, a seventh standard student of Kattumunda Government UP School, showing off the kid swerving the ball into a ring at the top left corner of the goalpost, and on top of that, the kid performs the maestro’s signature celebration - kneeling down and praying to the Almighty.

Mishal was encouraged by his brother Wajid to pick up the sport and has been getting coaching for the past four years. The video itself was shot by Wajid, according to Manorama Online.

Messi himself is known for his free kicks that deceive the opposition goalkeeper and curls into the top corner of the goal frequently. 52 of Messi's 697 career goals have come from free kicks.

Twitter user @AgaThariq shared the earlier this week, where it notched up nearly 99.1k views so far.

Tweeratis commented on his incredible ability, with many claiming the youngster has a promising career in the beautiful game ahead.

Some branded him the next Indian Messi, while another denoted: 'Watch him become a software engineer'

The report further states that Messi is Mishal's favourite player while the Argentina captain's arch-rival Cristiano Ronaldo comes a close second. Looking at the youngster's celebration suggest this could well be his job in years to come.