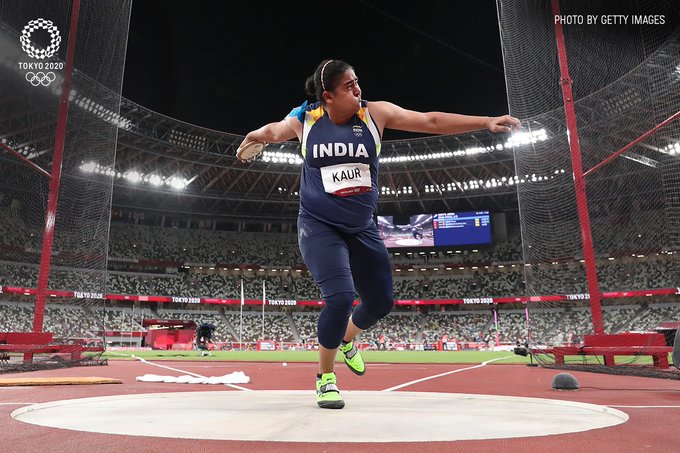 India’s preparation for the Paris 2024 Olympics is likely to get a lift with the Sports Authority of India (SAI) approving appointments of six new foreign coaches for the country’s track and field athletes in a shortened Olympics cycle.

As per The New Indian Express, the decision was taken to expedite India’s progress and build on its best-ever medals tally at the Tokyo Olympics.

Germany’s Steffen Reumann, who is a biomechanics expert, is expected to be roped in as the new coach for rotational throwers like Kamalpreet Kaur and Tejinderpal Pal Singh Toor.

Discus thrower Kamalpreet Kaur had an impressive outing at the Tokyo Olympics. The 25-year-old from Punjab finished second in the qualification and sixth in the final.

Former world champion Kimmo Kinnunen of Finland is set to coach the javelin throwers, barring Tokyo gold medallist Neeraj Chopra. Kimmo Kinnunen will be working with the likes of Rohit Yadav, Sahil Silwal and Yashvir Singh in the national camp..

Kimmo Kinnunen will be taking over the reins from former javelin coach Uwe Hohn.

Neeraj Chopra will continue to train under personal coach Dr. Klaus Bartonietz, whose contract was extended till 2024 recently. Neeraj Chopra and Dr. Bartonietz, who guided the Indian ace during his Tokyo triumph, are currently are in the USA for training ahead of a busy 2022 season.

Russia’s Tatiana Sibileva, a former Olympian, is set to be the new race walking coach. Her immediate assignment would be to prepare Indian race walkers for the upcoming Asian Games.

Cuba’s Juan Gualberto Napoles Cardenas is expected to be the new coach for long jumpers.

Josef Lisowski, who is credited for the success of Polish runners, will look to add pace to the progress of Indian sprinters and relay runners who are currently training under coach Galina Bukharina.

Lisowski is likely to take over from Bukharina as India’s sprints and relays coach after Asian Games.

Men’s steeplechase runner Avinash Sable and other middle and long-distance runners will get Scott Simmons as their coach.

Currently, 117 Indian track and field athletes are preparing at the senior national athletics camp for the upcoming Commonwealth and Asian Games.