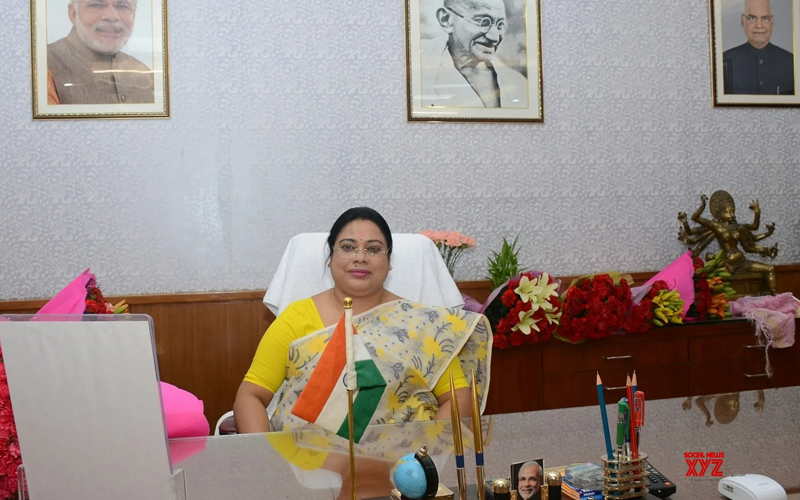 Ms Debasree Chaudhuri, Minister of State for Woman and Child Development today said, “The practice of sports is a human right. Every individual must have the possibility of practicing sports without discrimination of any kind.” She added that women are born with traits that are required to be great sportspersons. Sports-based movies have really pushed the psyche of the common man towards women in sports, she said.

Addressing a webinar on ‘Women Shaping the Future of Modern Sports’, organized by FICCI to commemorate the National Sports Day 2020, Ms Chaudhuri said that we have many women athletes such as Rani, Sakshi Malik, and Manika Batra, to name a few that have done very well in this field. Women should not only look at sports as a career but also as a way of life. “I wish we see more women being conferred with the Rajiv Gandhi Khel Ratna Award and Dronacharya Award in the future," the minister said.

Ms Pooja Singhal, Secretary Sports, Youth, Art, Culture & Tourism, Jharkhand, said, “Jharkhand has, since long, had a bright history of strong women participating at various competitive levels. In the last few National Games, Jharkhand has been one of the states that has the highest percentage of women sportspersons across all sporting disciplines.”

Ms Singhal said that Jharkhand’s New Sports Policy has laid significance in identifying talent at the grassroots level in Hockey, Football, Archery, and athletics. “In the forthcoming FIFA Under-17 Women’s World Cup, 8 tribal girls from Jharkhand have been selected for the national team,” she said.

Padma Shri & Arjuna Awardee, Olympian Archer Ms Deepika Kumari, said that sports facilities, over the years, have improved. She rued the fact that there weren’t as many good coaches and facilities back in the day when she had started out. “However, we have seen a sea-change. We now have well- equipped sports academies in the country and the infrastructure for sports has improved manifold,” she added

Arjuna Awardee, former Olympian swimmer, Ms Nisha Millet emphasized on the importance of mental health in sports. "We need to confront mental health issues faced by sportspersons. The athletes spend a lot of time away from their families and therefore, it is very important to speak about the mental health of our athletes,” she said

“The sportspersons face a lot of pressure at the highest level and therefore the conversation about mental health is very important," Ms Millet added.

Ms Shabnam Panjwani, Co-Chair, FICCI Sports & Youth Affairs Committee & EVP, Edelweiss said that the webinar was a starting point for the work that needs to be done to mitigate existing issues in the sports arena and provide a level playing field for the women in India. Citing Edelweiss’s long-standing association with sportswomen like Ms Deepika Kumari, Ms Panjwani also lauding Jharkhand’s initiatives in sports.  “Jharkhand is right at the forefront of being a change maker and creating a sports ecosystem”, she added.