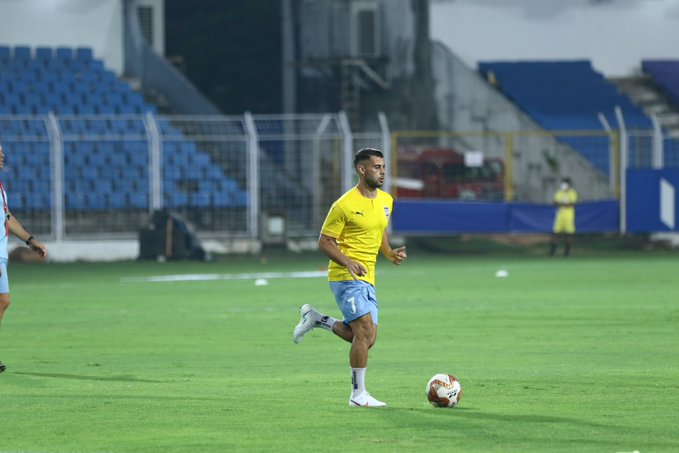 All eyes will be on a potentially decisive clash in the Hero Indian Super League.

Seven Hero Indian Super League seasons and Mumbai City FC have never made it to the final. After securing the League Winners Shield for the first time, the Islanders will hope to achieve another feat in what has been an incredible season as they face FC Goa in the second leg of their semi-finals at the GMC Stadium, Bambolim on Monday.

Mumbai finished the first leg with a 2-2 draw, despite Goa taking the lead on two occasions. But the table-toppers were not at their best, with the Gaurs fashioning better chances and dominating the majority of the game.

However, the result could have been different. They registered a total of 12 shots in the first leg, more than their opponents, but only three were on target, highlighting their wastefulness in front of goal. And Mumbai coach Sergio Lobera admitted that his side needed to put up a better show in the return leg.

"I am not happy (with the result)," Lobera said. "We had chances to score more goals and we need to be clinical in these situations. The game was very open (but) we didn't have control of the game during some periods and gave them the opportunity to play between the lines. We need to improve on this."

Goa, meanwhile, will be at a slight disadvantage after losing a few key players to injuries in the first leg. The draw in the first leg will seem like a missed opportunity for Juan Ferrando's side, who took the lead twice in the game but saw their defence crumble under pressure, yet again. Goa may have been unbeaten for 14 games now but their backline will need to step up, if the two-time finalists harbour any hopes of getting past Mumbai.

They have kept only three clean sheets (only Odisha have kept fewer this season) and will be facing a side with the most goals this season. Ferrando revealed he wanted more than just a draw from the first leg.

"We are not very happy because we wanted to win," he said. "The most important (thing) now is the players are 100% ready. It's a great opportunity for us to continue to improve and continue working. We hope to be in the final."

While Princeton Rebello will be out, the return of Alberto Noguera and Ivan Gonzalez will serve as a much-needed boost for Goa.

"We have some problems but we'll see," Ferrando said.