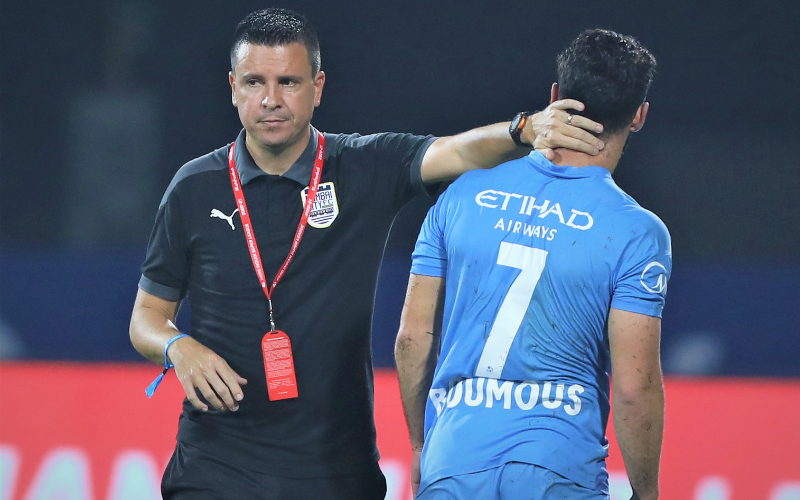 The seventh season of the Hero Indian Super League kicked off amidst much excitement, touted as the biggest football extravaganza, India has ever witnessed. While the season is living up to the anticipation with some intriguing battles, there have been two clubs bossing the league so far, Mumbai City FC and ATK Mohun Bagan.

The two heavyweights of the league have been trading top spot with every outing, hardly breaking a breath. Such has been the dominance that Mumbai and ATKMB are 7 and 5 points clear of third-placed Hyderabad respectively, with a game in hand. The two teams have been head and shoulders above the rest with Mumbai leading ATKMB by just two points.

While Mumbai has been outscoring opponents at will, ATKMB has the most clean-sheets this season. It is becoming increasingly apparent that the battle for the top spot will be between these two teams, so much so, that even the former Head Coach of Bengaluru FC Carles Cuadrat conceded that the rest of the 9 teams seem to be fighting for the remaining two spots in the top 4.

And it doesn’t come as a surprise that the masters of the surge of both clubs are the two most successful coaches in the history of the league – Sergio Lobera and Antonio Lopez Habas. The latter is one of the most decorated coaches in the league, winning the league twice with ATK. Fellow Spaniard Lobera may employ a playing style that is an anti-thesis to Habas' but has consistently churned out some of the best teams to play in the country. His FC Goa side won the league stage last season albeit a couple of matches after Lobera's untimely departure.

The 2020-21 season was a landmark one for both teams, arguably changing the landscape of Indian football's ecosystem. Mumbai received a major boost when they were acquired by the City Football Group, the Abu Dhabi-based conglomerate that owns Manchester City FC. That not only brought them one of ISL's best coaches in Sergio Lobera, but also some high-profile players like Adam Le Fondre and Bartholomew Ogbeche, turning them into one of the league's best squads overnight. Meanwhile defending champions ATK merged with Mohun Bagan and gained a century worth of incredible history and a passionate set of fans.

The dominance that both teams have been able to exert has been down to some stand-out players. For ATKMB, there is Roy Krishna, the Fijian who propelled the erstwhile ATK to the title last season and who has been no less influential this term. Their keeper Arindam Bhattacharja has arguably been the best in the league, keeping more clean sheets than anyone else so far. Meanwhile, for Mumbai, Adam Le Fondre has lived up to the expectations of his tryst with ISL so far, with six goals and the promise of more to come. Lobera’s key personnel at FC Goa, Hugo Boumous, has also delivered for him, scripting goals with the most assists.

While the Indian football ecosystem continues to evolve and redefined by the day, this rivalry seems to be one of the most decorated and promising, to catch eyeballs across geographies.