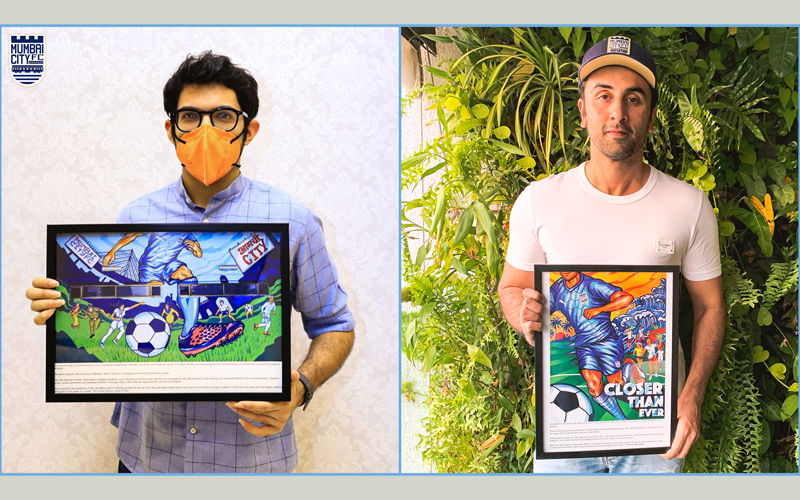 The Club aims to bring for the fans a 'Closer Than Ever' experience by paying a special tribute to the essence and spirit of the city of Mumbai.

Ahead of their first 'home' match of the Hero Indian Super League 2020/21 season, Mumbai City FC today paid a special tribute to the city of Mumbai and its fans by revealing a unique, artistically designed, site-specific mural and a large scale banner. While President, Mumbai District Football Association, Mr. Aditya Thackeray took part in the reveal as he posed with a picture of the mural, Bollywood A-lister and Co-owner of Mumbai City FC, Mr. Ranbir Kapoor was seen posing with an image of the banner.

With the global pandemic compelling the fans and supporters to cheer from home, Mumbai City FC has created the two pieces of artwork at two distinct places close to the heart of the Islanders. The murals have been conceptualized and realized by the young Mumbai artist Tanya Eden. The mural will be housed at the Andheri Sports Complex in Mumbai while the banner will be displayed at Goa for all the Club’s home games for the entirety of the current ISL season.

The mural has been artistically designed in order to paint a holistic picture of the great city that the Club represents — complete with symbols of the spirit of sportsmanship, dedication, and courage — values that its inhabitants have always stood by. It highlights how the people of the city are an integral part of the enigma called Mumbai along with the skyscrapers, the grandiose hoardings, and the beautiful marine fronts. In the course of the last few months, the city was under the scourge of the pandemic, but has endured thanks to the untiring and selfless contributions of its residents — the healthcare professionals, the security personnel, the essential workers, the dabbawalas among countless others. Mumbai City FC is proud to represent a city with such vivid talents and an indomitable spirit that rubs on the players as well. 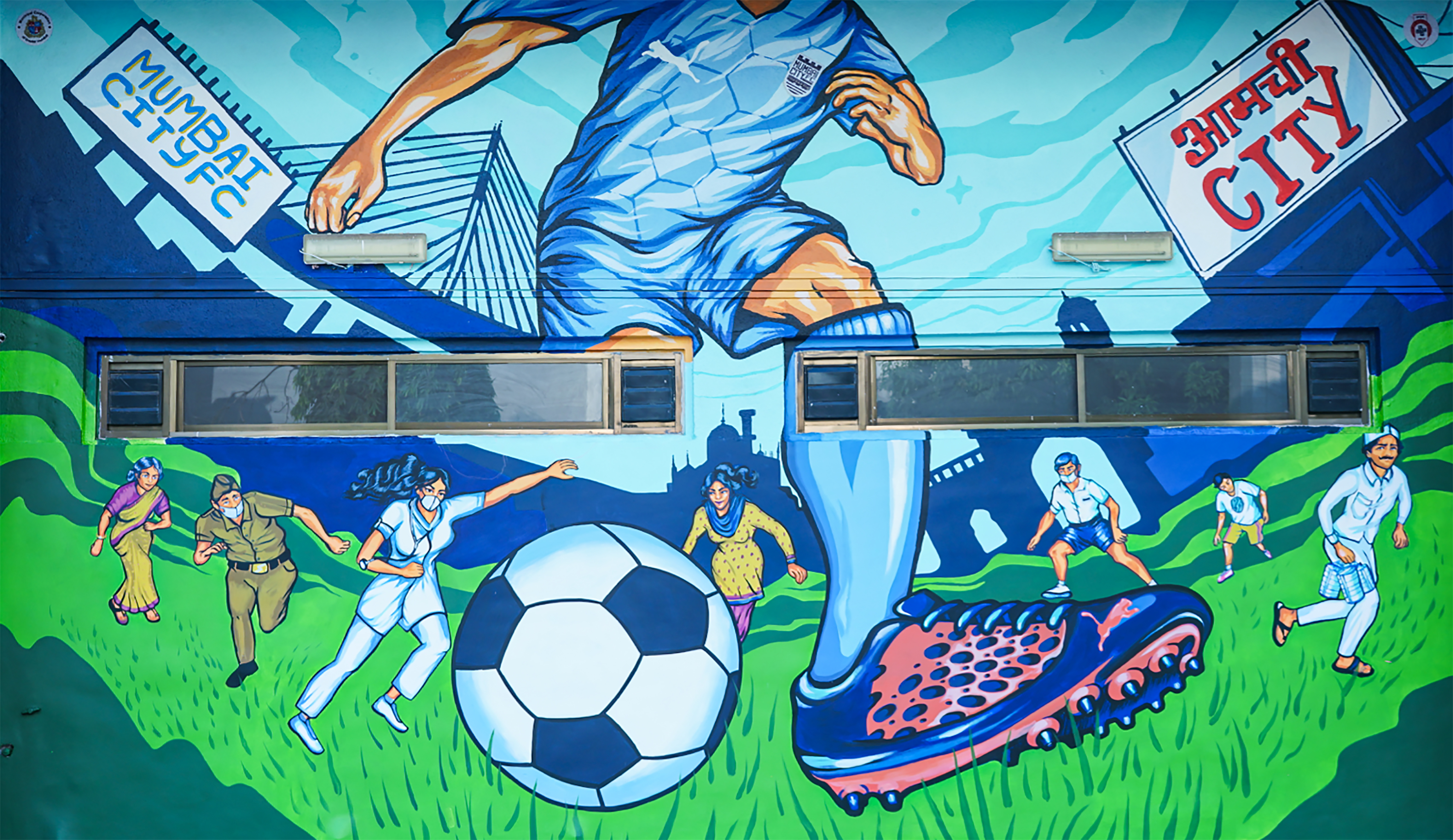 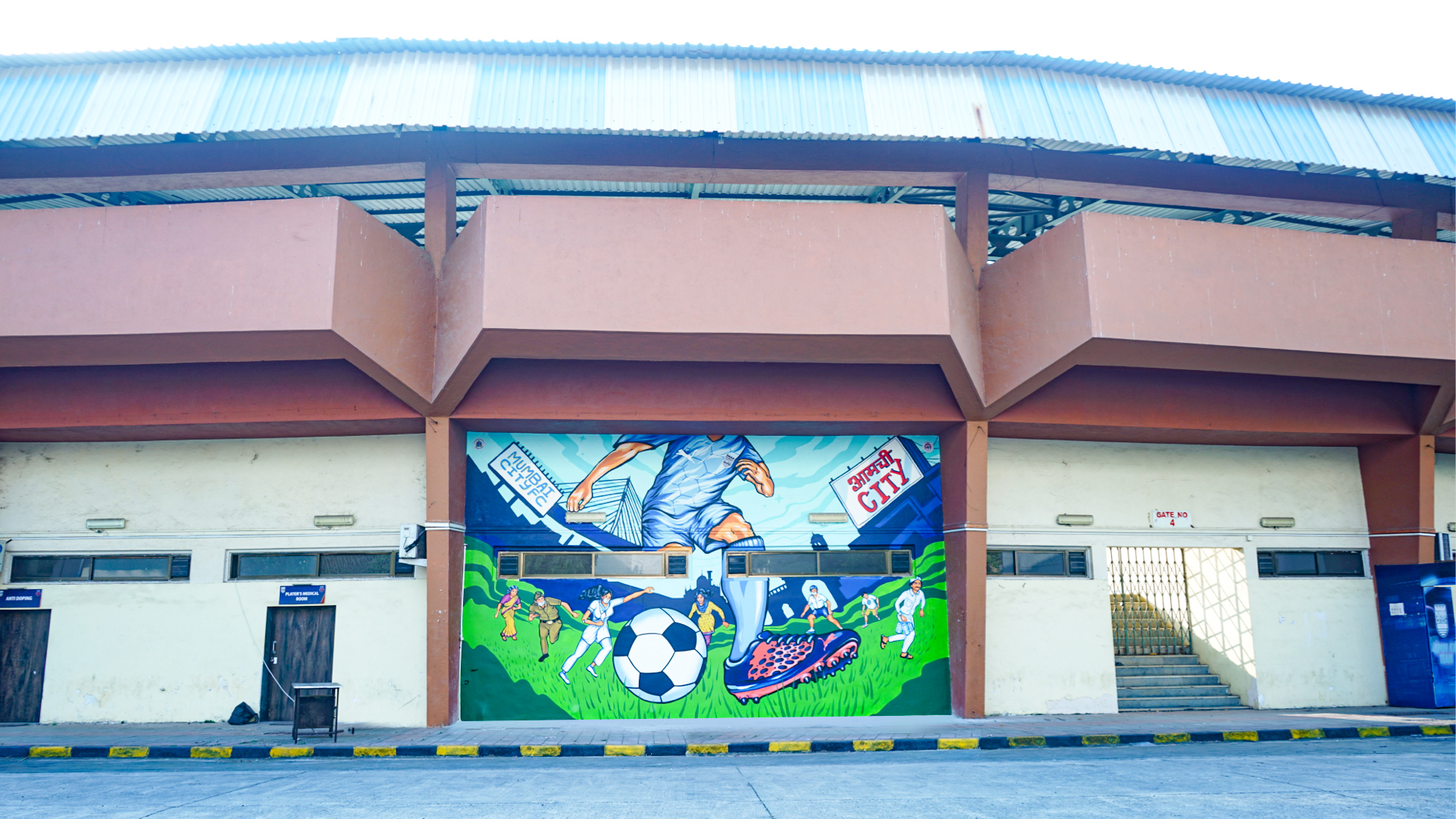 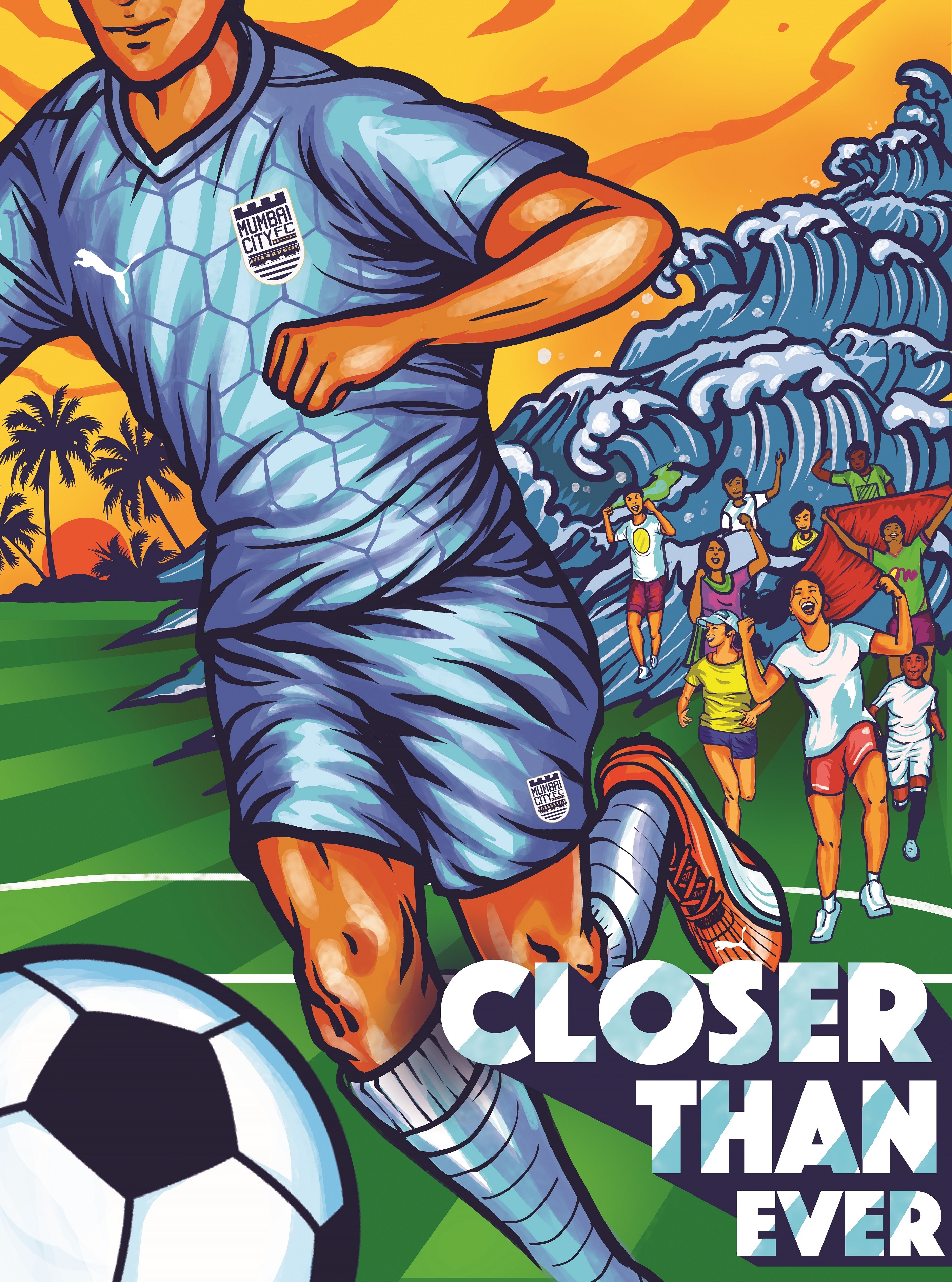 Additionally, the larger-than-life banner at Goa aims to serve as an inspiration for the players who will be missing the wave of energy and passion from the physical presence of their fans. However, it is the same passion which the players will be looking to replicate on the day Mumbai City FC plays its first 'home' game of this ISL season against East Bengal on Tuesday, 1st December 2020. The beachfront scenery of Goa embodies the feeling of fervor that the players will look up to while their loyal fans support from the comfort and safety of their homes. When the players turn out in Mumbai City FC colors, they will be wearing their heart on their sleeves, and in being socially distant, will look to enhance the “closer than ever” experience.

Speaking on the occasion, President, Mumbai District Football Association, Mr. Aditya Thackeray said, "Mumbai City FC is the heartbeat of our city, and is one of the biggest clubs in the country. All of us fans in Mumbai, including myself, will be fully behind the team and will be praying for an ISL title this season. That will surely bring the smile back on the faces of the Mumbaikars! I am really honoured to be presenting the very special mural, which represents the Herculean spirit of the city and its people. As always, I wish the Club the very best for this season, and always know that as fans, we are all rooting for you."

Co-owner Ranbir Kapoor added, "Mumbai City FC is the pulse of this great and beautiful city of Mumbai. The vehement and enthusiastic support that we get every year from our fans is certainly something that creates a special feeling for our players, and with the pandemic having forced fans to watch and support only from their TV sets and social media, our ambition has been to bring everyone closer together. With these amazing illustrations, we wanted to show the players that everyone in the city is behind them, and to the fans, we wanted to say that they are "closer than ever" to the team with their bright energy whenever they play the most beautiful game."