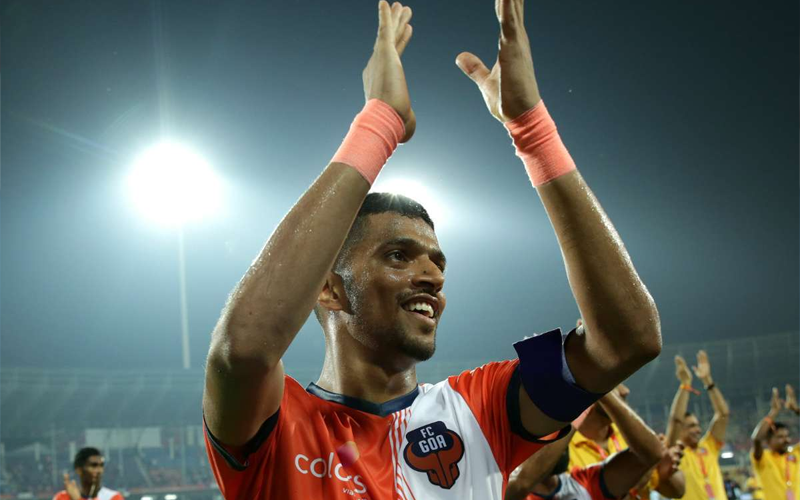 Mumbai City FC on Wednesday announce the signing of Mandar Rao Dessai. The defender joins the Club having put pen to paper on a two-year contract, with an option to extend for a further year, becoming the first player to join the Islanders following the appointment of Sergio Lobera.

The 28-year old Goan is an experienced campaigner having featured for and captained fellow Hero ISL side FC Goa for the last six seasons, winning the League Shield and the Super Cup. He makes the move to the Islanders along with incoming Head Coach Sergio Lobera ahead of the 2020/21 season. Mandar clocked in 100 appearances for his former side across all competitions, scoring 6 goals and providing 11 assists. The left-back also recently became a full Indian international after making his debut in 2019 and has 5 caps to his name.

"I am delighted to have joined a huge club like Mumbai City FC, and I’m really looking forward to committing the best years of my career to Mumbai City. It was an easy decision for me to make with the ambitious project we have here at Mumbai City, and a chance to reunite with head coach Lobera in my new colours certainly helped. I’m looking forward to linking up with my new teammates, and I hope we have a successful year for us and for our fans back home in Mumbai.”

"A player of Mandar’s calibre is going to bring in a lot to this team that we’re trying to build here at Mumbai City. He has the traits of a leader amongst many other qualities, which will certainly help us. We are very happy to have him here at Mumbai City and we’re confident that he can be a vital figure for us, both on and off the pitch.”