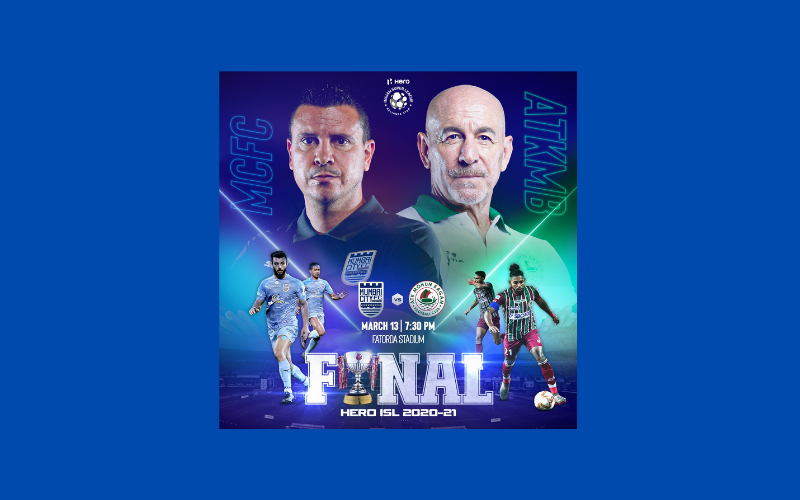 This season's Hero Indian Super League finale at Fatorda promises to be an enthralling and end-to-end encounter.

One hundred and fourteen games, 295 goals, 87,811 passes and 7307 tackles until now! The match that lends meaning to every single touch taken so far in what has been an exciting Hero Indian Super League season, will be played out at the Fatorda Stadium on Saturday. When Mumbai City FC take on ATK Mohun Bagan in the summit clash, there will be no more complex equations in play. The winner takes home the trophy. It's as simple as that!

Few would argue that there is a better candidate for the final than these two — both Bagan and Mumbai have been head and shoulders above the rest throughout the season. Both teams come into the final with identical records, 12 wins and just 4 defeats in the league stage.

Despite a nervy penalty-shootout win over FC Goa in the semifinal, it will be Mumbai who head into the final full of confidence. They did the double over Bagan in the league stage, the latter of those victories handing them the League Winners Shield. For Mumbai, this will be a first-ever final, but coach Sergio Lobera, and a handful of his players have been here before when FC Goa lost to Bengaluru FC in 2018-19. The team though has looked confident under Lobera.

"They (ATK Mohun Bagan) are a very good team with good players and have the momentum. But the most important thing now is to put the focus on ourselves and try to do our best. We have no specific plan, only small details about the opponent. We need to work 100 percent on our style of play," said Lobera.

There will be few selection dilemmas for Lobera, with the exception of figuring out Mandar Rao Dessai's replacement. The Goan will miss the final due to suspension.

In the other corner, there is Bagan, buoyed by Antonio Habas' almost superhuman record in knockout games. He has already tasted glory twice and has a chance to create history by winning his second straight title and third overall. On the eve of the final, the Spaniard sounded as focused as ever.  "We have to compete and our idea is to win against our opponents. My team is prepared for winning," he said.

Habas dismissed that previous results had no bearing on the match but that his side was braced for a tough test. "We have to analyse the match and control (our chances of) victory than (try to) control the way they play. The opponent will play and maybe, we have will difficulties."

The match will also decide the fate of the golden boot and golden glove winners. While Bagan striker Roy Krishna and Goa's Igor Angulo are tied on 14 goals for the golden boot, a goal on Saturday will hand the award to the Fijian, who has played more minutes than the Spaniard. The race for the golden glove award is between Mumbai custodian Amrinder Singh and ATKMB's Arindam Bhattacharja. Both players have 10 clean sheets to their name. At the moment, Arindam is in pole position, having conceded fewer goals.

Who will hoist club Indian football's most prestigious trophy?