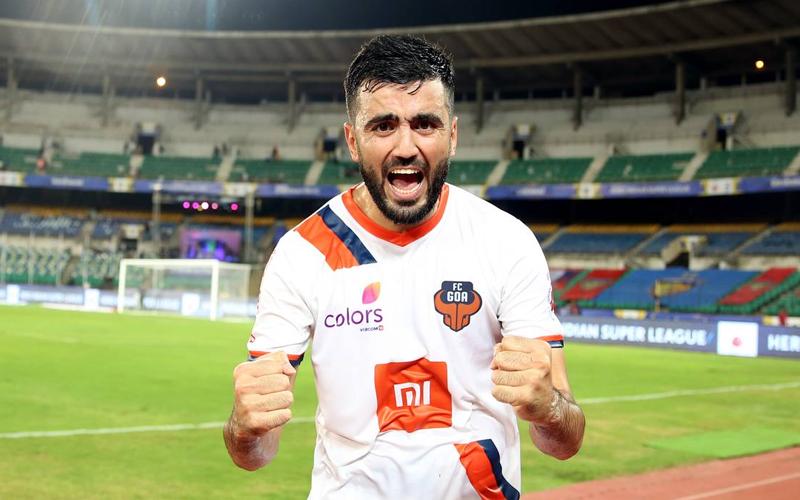 Mumbai City on Thursday confirmed the arrival of midfielder Ahmed Jahouh. The 32-year-old Moroccan joins the Club after putting pen to paper on a two-year contract with the Islanders.

A native of Al Araoui in Morocco, Jahouh started his career with Ittihad Khemisset before moving to Moghreb Tétouan in 2010. Jahouh plied his trade at Moghreb for five seasons winning two league titles in the process, and featured in his last season at the club under then coach Sergio Lobera and with teammate Mourtada Fall. Jahouh would go on to feature for Raja Casablanca and FUS Rabat, both in Morocco.

In 2017, Jahouh reunited with Lobera in India at FC Goa. The Moroccan was pivotal to Sergio Lobera’s set up and became a key fixture for the Goan side over the next three seasons, making 56 league appearances and winning the 2019/20 ISL League Shield and the 2019 Super Cup.

“It is an honour to be here at Mumbai City among some of the best players in the country. I have spent three years in India and I believe that I have a lot left to achieve. When I spoke to the management here at Mumbai City about the targets and the vision they have, I was convinced that this Club is where I wanted to be. And of course, a chance to reunite once again with coach Sergio Lobera was too good to pass up.”

“We have set high expectations for ourselves and so have our fans. They may not be with us here in Goa but we will be thinking of them and hopefully, we’ll have something to celebrate together at the end of the season.”

“Ahmed is, and I’ve said this before, someone who can control the game. He is an exceptional player and having worked with Ahmed before, I know he can make a difference. He has the experience to help us in the games and he can help bring the best out of those around him as well. Ahmed will fit in perfectly with the extremely talented squad we are building here and I am happy to have him at Mumbai City.”