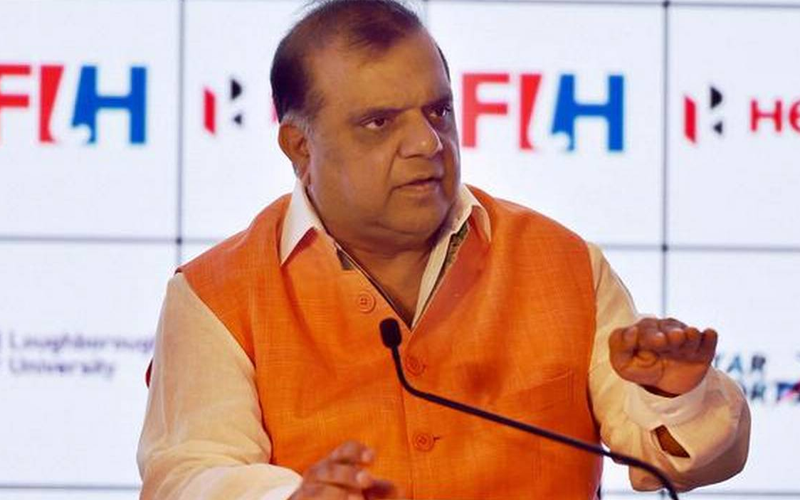 Narinder Batra has insisted he did not break any rules on his way to being elected President of the International Hockey Federation (FIH) and the Indian Olympic Association (IOA) as he rejected allegations made by senior IOA official Sudhanshu Mittal.

In a WhatsApp message sent to International Olympic Committee (IOC) President Thomas Bach and the IOC Executive Board, Batra said he had at "no stage flouted any of the rules and regulations of the IOA or the FIH".

The FIH and IOA President claimed Mittal, who asked the IOC to take action after alleging Batra's election to the top job at the worldwide hockey body was "illegal", had sought to "malign my reputation" prior to IOA elections next year.

In the message, Batra also labels Mittal's accusations "misleading" and claims the IOA vice-president had tried to "damage my image and reputation as a means to project himself as he intends to stand as a candidate for the post of IOA President".

Mittal had claimed in a letter sent to Bach, the IOC Executive Board and other members that Batra had breached FIH statutes as he was still the head of Hockey India when he was elected President of the global body in November 2016.

While the FIH confirmed this was the case, Batra said Mittal had referenced a later edition of the FIH statutes and there was nothing in the regulations when he was voted in as President that prevented him from holding the position with Hockey India.

Batra resigned as Hockey India President two weeks after becoming FIH President "to ensure there was no conflict of interest".

A claim from Mittal that Batra should have been ineligible to stand for IOA President in December 2017 was also dismissed by the 63-year-old.

Batra said he remained a life member of Hockey India and highlighted how a similar objection to him being a candidate for one of the highest-profile roles in Indian sport, made just weeks before the IOA election, had been rejected because there was "no substance to the complaint".

"Again, it is disappointing that Mr. Mittal is raising the issue of my ineligibility to stand in the IOA elections two-and-a-half years after the elections were held on 14 December 2017," Batra, an IOC member by virtue of his IOA Presidency, said.

"Mr. Mittal himself stood in these elections and won the post of IOA vice-president.

"At the time Mr. Mittal had no objections with my election as President of the IOA."

The IOA has been plagued by a bitter dispute between senior officials in recent months, seemingly triggered by a public row between Batra and secretary general Rajeev Mehta.

Batra said he would assume many of the functions usually carried out by the secretary general, triggering a split within the IOA and leading to Mehta accusing him of acting illegally by seemingly dissolving the IOA Ethics Commission.

Tokyo-bound Indian contingent will be vaccinated before departure