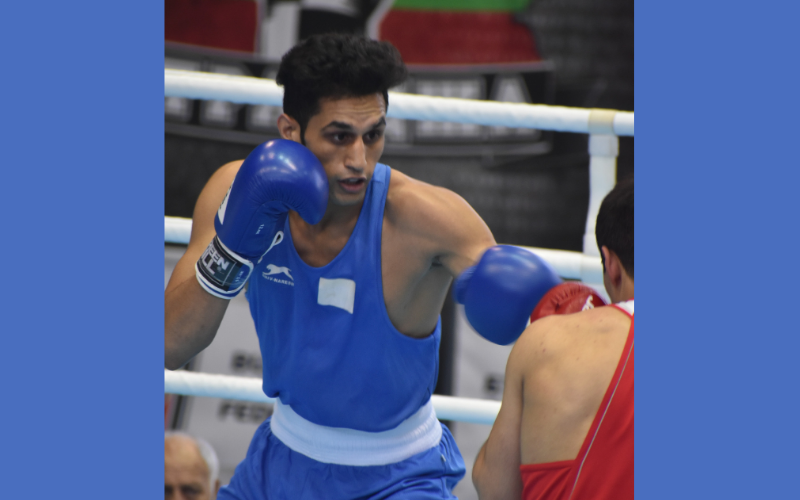 The 2019 national champion Boora outpunched Brazil's Eravio Edson 5-0 to enter in the 69kg semi-finals. With a place in the last-4, Boora has now assured at least a bronze medal. While Manjeet, who is playing his first senior international tournament, notched up an easy 4-0 win against Irish boxer Gytis Lisinskas to progress into the +91kg quarter-finals. The Haryana boxer Manjeet will play against Armenia B's Gurgen Hovhannisyan in +91 kg Last-8 match later tonight.

Manjeet celebrates after winning his bout

Jyoti Gulia, Bhagyabati Kachari and Deepak Kumar are the other Indians who will play their quarter-finals bouts tonight. The 2017 Youth World Champion Gulia, who stunned two-time world champion Nazym Kyzaibay in the last round, will be up against Romanian boxer Lacramioara Perijoc in 51kg while Baghyabati (75kg) will face stiff challenge from world championship bronze medallist Naomi Graham of USA.