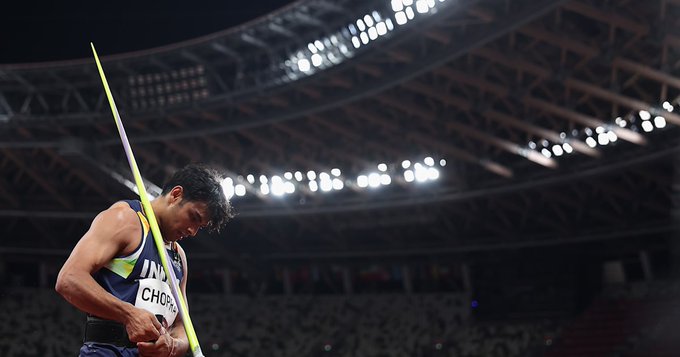 Team India gave its best-ever Olympics performance at Tokyo 2020 this year, bagging 7 medals and surpassing its previous medal tallies. With the COVID-19 lockdown in 2020-21 and its accompanying challenges, the accomplishments of Indian athletes at the Tokyo 2020 not only helped make the country proud but also ignited hope and aspiration for the future.

At the centre of the historic achievement was India's star javelin thrower, Neeraj Chopra who ended the country's century-long wait of winning a Gold medal in athletics. The victory also helped India surpass its previous best haul of six medals achieved in the 2012 London Games.

Recording the two top throws of the competition, his best was 87.58m and he won by almost a metre, with Czech throwers Jakub Vadlejch and Vitezslav Vesely joining him on the podium.

While there was great joy for Chopra, there was disappointment for Germany’s world leader and 2017 world champion Johannes Vetter, who threw 96.29m in May for the third-best performance of all-time, but as he was unable to improve on 82.52m after the first three rounds, he missed out on a top eight place and a further three throws and placed ninth.

He was part of an impressively deep final, however, as for just the second time in history a total of 10 men threw beyond 82 metres in the same competition.

Vetter rebounded to win the Diamond League final and ended the season with the eight best performances of 2021 to his name.