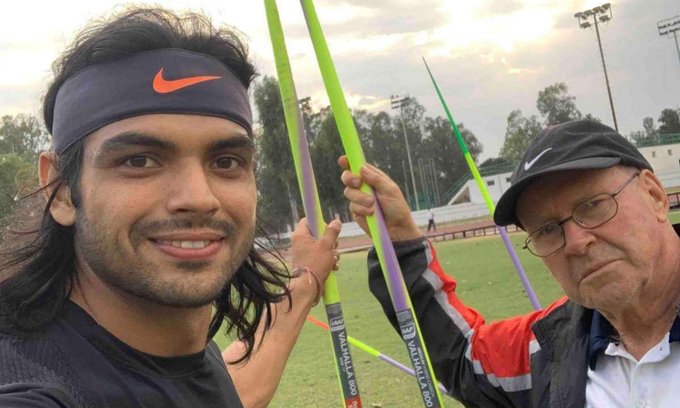 Bartonietz took over from fellow German and javelin throw legend Uwe Hohn in late 2019. Neeraj Chopra’s technique underwent some change after Bartonietz, who is a biomechanical expert, started training him.

Both Neeraj Chopra and Klaus Bartonietz are currently camped at the state-of-the-art Chula Vista Elite Athlete Training Centre in California, USA, preparing for a packed 2022 season. Physiotherapist Ishaan Marwaha is also with them.

The 90-day training stint will end on March 4.

Chopra, the 24-year-old from Haryana, is scheduled to compete at all major events in 2022.

In May, Neeraj Chopra will take the field at the Doha Diamond League. He is then expected to travel to the Czech Republic and Finland before going back to the USA for the athletics world championships in July.

Neeraj Chopra will then defend his titles at the Commonwealth Games in July-August and the Asian Games in September.

Along with Klaus Bartonietz, the AFI also extended the contract of India’s 400m coach Galina Bukharina till the Asian Games in China.