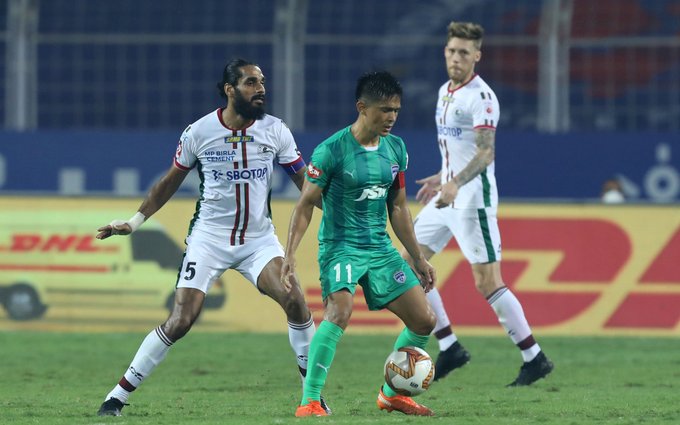 The long wait is at last over for 2020-21 Hero Indian Super League (Hero ISL) finalists ATK Mohun Bagan and 2018-19 champions Bengaluru FC as the Asian Football Confederation (AFC) has announced the dates for their AFC Cup matches. The Mariners, under Antonio Lopez Habas, will feature in Group D (South Zone), while the Blues, under new head coach Marco Pezzaiuoli, line up against Maldivian side Club Eagles for a place in the same group.

Bengaluru FC will play their play-off tie on August 15. The Group D-South Zone action, meanwhile, will take place on three matchdays (August 18, 21 and 24).  The play-off as well as the group matches will be played in Maldives.

“The AFC Cup (South) Group D matches will be held across three match days on August 18, 21 and 24, with the eventual group leaders advancing to the single-leg Inter Zone Semi-final,” the AFC’s official website added.

It may be noted these AFC Cup ties were originally scheduled to happen in May earlier this year in Male (Maldives) but on account of the coronavirus pandemic they had to be postponed indefinitely.