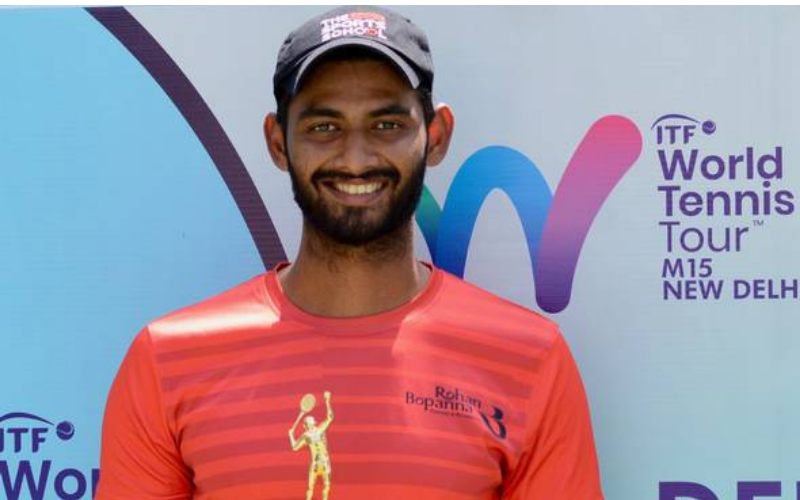 In what was a thrilling climax to an outstanding week of Indian tennis, Niki Poonchanaa took home the  ITF Men's $15,000 New Delhi title with a 6-3, 7-6(5) victory over American fourth seed Oliver Crawford in the final at RK Khanna Tennis Stadium on Sunday, the youngster' second ITF career title.

Poonacha, en route to his win today, also ended his title drought on the ITF Men's Tour since his maiden win in Indonesia in 2018.

The 25-year-old resident of Anantpur, Poonacha got through the first set comfortably and took the lead in the match. However, the winner of last week's Men's $15,000 Pune event, Crawford tried his best to make a comeback in the second set to take the match into the deciding set.

" I feel great! I think my confidence is back and I'm happy to grind in the court and do my best." - @nikikpoonacha after winning his 2nd ITF title.

Crawford was leading 5-3 in the second set but failed to convert three break points which eventually cost him dearly. Poonacha managed to hold his serve and leveled the scores at 5-5 in the second set. Poonacha then finished off the match in the tiebreaker to take the trophy home.