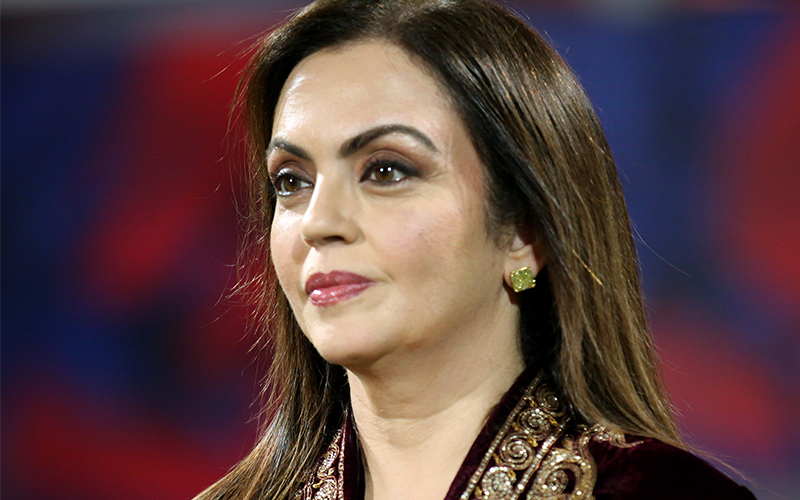 Nita Ambani : It has taken a lot of courage & determination to bring football back into our lives

“I am proud to announce that ISL will become the first sporting event of such large scale to be organized in our home country, India. We are overjoyed to bring the League back into your homes once again and broadcast it in over 80 countries outside of India,” says Nita Ambani in a video message to be aired on ISL broadcast Star Sports ahead of the Kerala Blasters FC vs ATK Mohun Bagan game.

Nita Ambani attributed the resumption of first sporting action in India after eight long months, to the spirit of sport.

“Sports has always been a symbol of hope and inspiration – a way to connect, reflect, engage and show solidarity. I am thrilled that we are back with yet another exciting season of football for you.”

Reflecting upon the months of preparation gone into bringing ISL live in the new normal in India, Nita Ambani says, “It has taken a lot of courage, determination, and planning to bring football back into our lives, in these pandemic times. I am sure that the next 4 months of ISL will fill our lives with joy, excitement, and positivity.”

ISL 2020-21 promises to be the most exciting season with the addition of two historic clubs in Indian football history – Mohun Bagan and East Bengal.

“The merger of ATK with Mohun Bagan, and the entry of our 11th club SC East Bengal, has reaffirmed our faith in the ecosystem we are creating for Indian football. An ecosystem that is already showing results internationally, and has given us our own Indian footballing heroes to look up to, from the likes of Sandesh Jinghan, Anirudh Thapa, Sahal and the promising youngsters like Sumit Rathi, Amarjit Singh Kiyam, Narender Gahlot and many more.”

Stressing upon the importance of football fans in India, Nita Ambani says, “ISL Season 7 will have everything we could ask for… except the one thing that makes football truly the beautiful game. The Fans.”

“We will miss the fans in the stadium, the roars and waves. You have shown up in huge numbers year after year and brought the grounds alive with your passion and support. But your safety is of utmost importance to us. We take pride in our fans and have planned a wonderful mix of broadcast innovations and digital engagements, so that you can be close to your favourite players and clubs.”

FSDL chairperson also thanked Hero MotoCorp for their continued commitment towards Indian football for the seventh consecutive year, terming it as ‘the longest running title sponsor of a league in India.’

“We deeply cherish the commitment shown by our main sponsor Hero.”