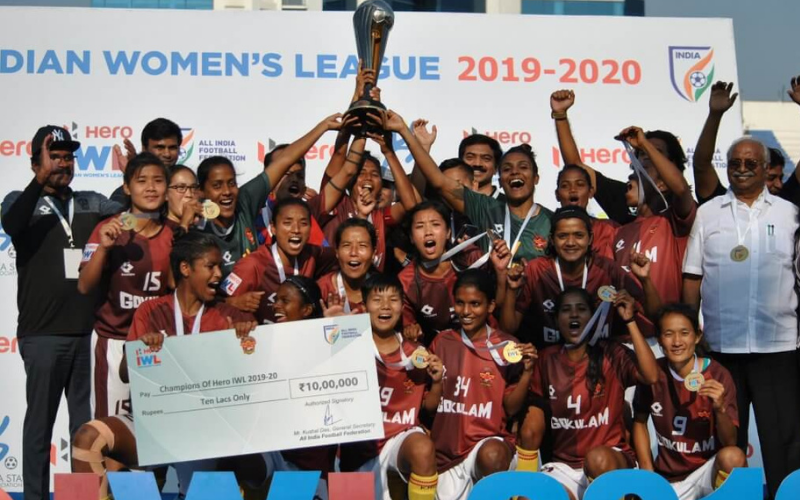 The dates for the tournament will be announced soon. AIFF president Praful Patel thanked the Odisha government for agreeing to host the event.

AIFF appreciates Odisha Government’s longstanding partnership with Indian Football wherein the latter have been providing its stadia and State of the Art training facilities to National Teams across various age groups and genders – all in an effort to take Indian Football forward together.

Mr. Praful Patel, President, AIFF in his statement said: “The Government of Odisha has been a great supporter of Indian Football. We are very thankful to Shri Naveen Patnaik ji, Mr. Vishal Kumar Dev, Mr. Vineel Krishna and & the entire Sports Department of Odisha for extending all the support & help to organise the Hero Indian Women’s League. Over the years, the tournament has provided the platform for a lot of budding women footballers to show-case their talent and provide them the option of taking up football as a career."

The AIFF stays committed to the development of women’s football in the country. India are scheduled to host the AFC Women’s Asian Cup in 2022 which will be followed by the FIFA U-17 Women’s World Cup 2022. The 2020-21 Hero IWL, will hence, provide an opportunity to scouts to look at, and unearth new talent for the Women’s National Team.

Shri Tushar Kanti Behera, Hon’ble Minister of State, Sports & Youth Services, Odisha, in his message, said: “Holistic development of sports in India, and Indian football in particular is Odisha Sports’ vision. Odisha has been synonymous with women’s football in India for long. I am an ardent supporter of women empowerment, and the hosting of the Indian Women’s League in Odisha allows us the opportunity to contribute to the development of women’s football in the country along with the All India Football Federation. Women sportspersons in India have been bringing huge laurels for the country and I am confident our women footballers will garner more glory in the near future.”

Shri Vishal Kumar Dev, IAS, Principal Secretary, Sports & Youth Services Department, Government of Odisha in statement said: “Hosting the 2020-21 edition of the Indian Women’s League will be another feather in the cap of Odisha Sports. Under the leadership of Hon’ble Chief Minister Shri Naveen Patnaik, Odisha has turned into the biggest sporting hub in our country. Hon’ble CM’s leadership has been driving a sporting revolution in the state. I am sure the IWL will lead to tremendous excitement amongst the football aficionados of the state. We look forward to hosting a successful edition of the tournament.”

AIFF General Secretary Mr. Kushal Das thanked the Odisha Government and stated that AIFF along with Football Association of Odisha is committed to deliver the best Hero IWL, which is set to have a significantly higher number of matches, and will make a huge difference to development of women's football in India.

Since the pandemic, Indian Football has been leading it from the front to bring back sporting action in India. It all started with the Hero I-League Qualifiers which were followed by the ongoing Hero Indian Super League and the Hero I-League.

Indian women’s football has also had its fair exposure at the International stage in recent times with the Senior Women’s team assembling for a two-month training camp on December 1, 2020, in Goa which was followed by three matches in Turkey, against Serbia, Russia, and Ukraine.