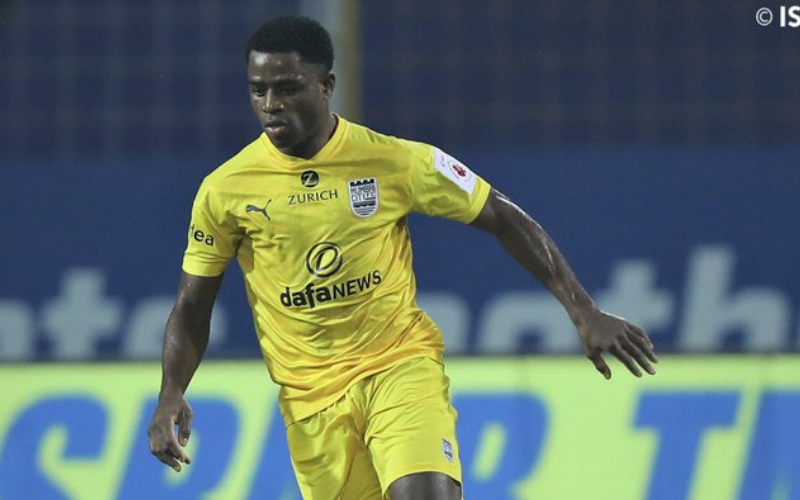 Another action-packed round for fans of Hero Indian Super League sees the Islanders start to pull away from the chasing pack at the top.

A solitary strike from Bartholomew Ogbeche proved the killer blow for Mumbai City FC, as they edged past ATK Mohun Bagan. The Islanders helped themselves five points clear at the top of the standings over the second-placed Mariners right at the halfway stage of the league.

Bartholomew Ogbeche scored a 69th-minute stunner which was enough for the Islanders to get past their rivals and extended their unbeaten run to nine games. His goal was the first time that ATKMB conceded from open play this season.

#TheIslanders seal 3️⃣ massive points on a thrilling night at the Fatorda stadium and maintain their 🔝 position! 🤩#ATKMBMCFC #AamchiCity 🔵 pic.twitter.com/VXkKsvVCPo

Sergio Lobera made two changes to Mumbai's eleven with Cy Goddard coming in for the suspended Ahmed Jahouh while Bartholomew Ogbeche was a surprise inclusion ahead of Adam Le Fondre.

Mumbai City were dominant in the first session in terms of possession play but despite some nervy moments in the game, ATKMB were lucky to walk into the breather having the scores level. The opening half was all about Mumbai's attack vs ATKMB's defence. But despite failing to register a single shot on target, the Mariners defended resolutely to keep the scoreline goalless.

Sergio Lobera’s side forced an early scare on ATKMB's defence with their usual pace and high pressing game, creating an opportunity during the 8th minute. Hernan Santana initiated the move and found Mandar Rao Dessai. The full-back kept his composure and squared the ball to Hugo Boumous, but the Frenchman's shot was straight at keeper Arindam Bhattacharja.

Mumbai City FC were inches away from taking the lead when Ogbeche diverted the ball from a goalmouth scramble. Luckily, Arindam was at the right place at the right moment to prevent the ball from entering the net with a goal-line save, leaving Lobera in disbelief.

ATKMB came back strongly in the second half and created a couple of chances. Edu Garcia had a big part to play. First he crashed his free kick from outside the box on target but Mumbai custodian Amrinder Singh dived full stretch to keep it out of goal. Garcia then saw his effort from open play hit the woodwork when he was set through by substitute Pranoy Halder, who replaced Martins at the break.

Mumbai finally managed to get past Arindam in the 69th minute and it was Ogbeche who produced a brilliant finish to give his side a deserved lead after being assisted by Boumous.

The Frenchman traded a one-two with Santana and played back-heel pass to Ogbeche, who made his run and curled his effort into the top-right corner.

Mumbai’s Mourtada Fall stood tall late in the game with vital blocks to deny Sandesh Jhingan and David Williams from finding the equaliser for ATKMB.