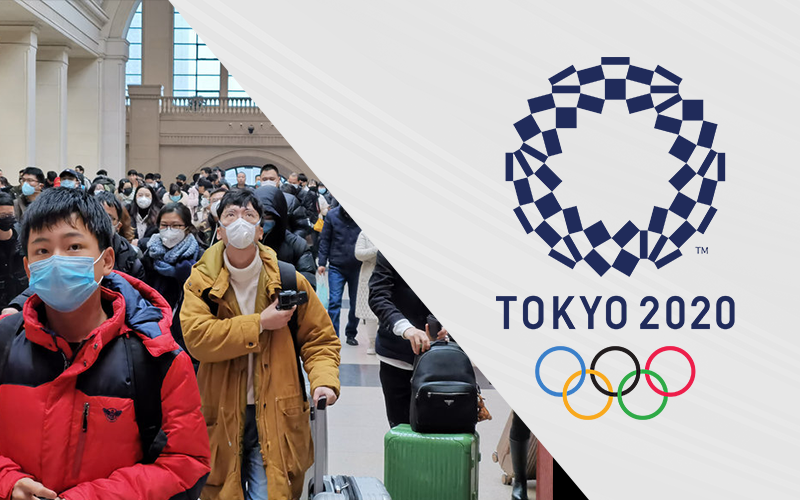 The International Olympic Committee is considering a postponement of Tokyo 2020, and has given itself a deadline of four weeks to make a decision.

A final decision on the Tokyo 2020 Olympics will be reached in four weeks by the International Olympic Committee (IOC) with postponement of the Games set to be assessed.

An IOC Executive Board meeting took place by teleconference on Sunday.

The four week window is expected to allow the IOC and Tokyo 2020 the chance to study different options regarding a postponement of the Games.

The IOC said the scenarios will involve either modifying existing operational plans, which would allow the go ahead on 24 July.

Changes to the start date of the Games will also be considered.

The time frame provided by the IOC follows mounting pressure from athletes and National Olympic Committees over the fate of the Games, due to the coronavirus pandemic.

IOC President Thomas Bach admitted for the first time earlier this week that alternative scenarios were being considered by the organisation.

A postponement has now been acknowledged openly for the first time.

The IOC repeated that cancellation of the Games "is not on the agenda," according to InsideTheGames

"A decision about a postponement today could not determine a new date for the Olympic Games because of the uncertain developments in both directions: an improvement, as we are seeing in a number of countries thanks to the severe measures being taken or a deteriorating situation in other countries," Bach said in a letter to athletes.

"A number of critical venues needed for the Games could potentially not be available anymore.

"The situations with millions of nights already booked in hotels is extremely difficult to handle, and the international sports calendar for at least 33 Olympic sports would have to be adapted.

"These are just a few of many, many more challenges.

"Therefore, further the study of different scenarios, it would need the full commitment and cooperation of the Tokyo 2020 Organising Committee and the Japanese authorities, and of all the International Federations (IFs) and National Olympic Committees (NOCs) and all stakeholders of the Olympic Games.

"It is in light of the worldwide deteriorating situation, and in the spirit of our shared commitment to the Olympic Games, that the IOC Executive Board has today initiated the next step in our scenarios.

"Together with all the stakeholders, we have started detailed discussions today to complete our assessment of the rapid development of the worldwide health situation and its impact on the Olympic Games, including a scenario of postponement.

"We are working very hard, and we are confident that we will have finalised these discussions within the next four weeks."

Bach claimed there had been "significant improvements" in Japan regarding the coronavirus outbreak.

He said it strengthened the IOC's confidence the Games could be organised "with certain safety restrictions" and ensuring the safeguarding of the health of everyone involved.

“Human lives take precedence over everything, including the staging of the Games," Bach wrote.

"The IOC wants to be part of the solution.

Indian Athletics, its counterpart, and several national Olympic governing bodies have urged the IOC in recent days to delay the Games.